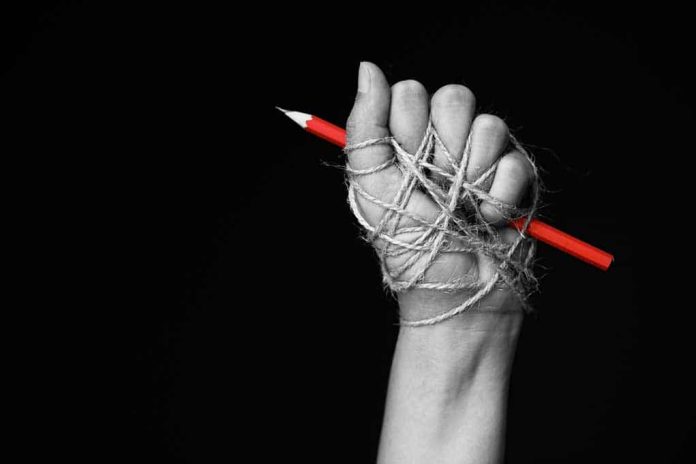 (RightWing.org) – For centuries, the United States was the gold standard for tolerating differences in political speech. It’s what separated America from Nazi Germany, the United Soviet Socialist Republic (USSR), and totalitarian countries around the globe. Since Donald Trump was elected President of the United States in 2016, Democrats flipped a switch and embraced cutting off the former president’s supporters from him by virtually any means possible.

That includes getting rid of conservative news outlets.

On Monday, February 22, two California Democrats wrote a joint letter to 12 cable, satellite, and streaming companies demanding they silence Fox News, Newsmax, and One America News under the guise of stopping “misinformation.”

In the letter from Reps. Jerry McNerney (D-CA) and Anna G. Eshoo (D-CA), they leave little open to interpretation about their intent. They blame the three conservative news outlets for misinformation, disinformation, conspiracy theories, and lies. They allege the three companies empower radicalization and the sedition that led to the January 6 riot on Capitol Hill.

McNerney and Eshoo demanded that cable providers answer seven questions designed to determine why they didn’t silence the conservative outlets. Perhaps that wasn’t the agenda of the letter at all. Perhaps the agenda was to plant the seeds that will encourage cable providers to think about the future relationships they enjoy with the conservative outlets.

Once again, it doesn’t appear that consistency or facts apply to the allegations. Just as in the Senate impeachment trial of Donald Trump, it’s clear that the standards of conduct are not the same for liberals as conservatives. Time and again, CNN, MSNBC, and the major networks broadcast misinformation about the Russian collusion hoax and two snap impeachments.

FCC Commissioners Brendan Carr and Nathan Simington fired back in two separate letters. Carr said the two House Democrats selectively targeted the conservative news outlets over their political coverage. He warned the message was that “these regulated entities will pay a price if the targeted newsrooms do not conform to Democrats’ preferred political narratives.”

Both blasted the effort by the two Democrats to stifle free political speech. They argued that terms such as “misinformation” were being used as broad political weapons to silence those with an opposing viewpoint. They say the formal letter could also be construed as an official government statement implying actions against them could be forthcoming.

Fortunately, the Democrats’ letter holds no legal or moral weight. However, the House Committee on Energy and Commerce is holding a hearing titled “Fanning the Flames: Disinformation and Extremism in the Media.” It’s likely Democrats will be focusing on conservative media instead of looking at the history of CNN, MSNBC, etc.