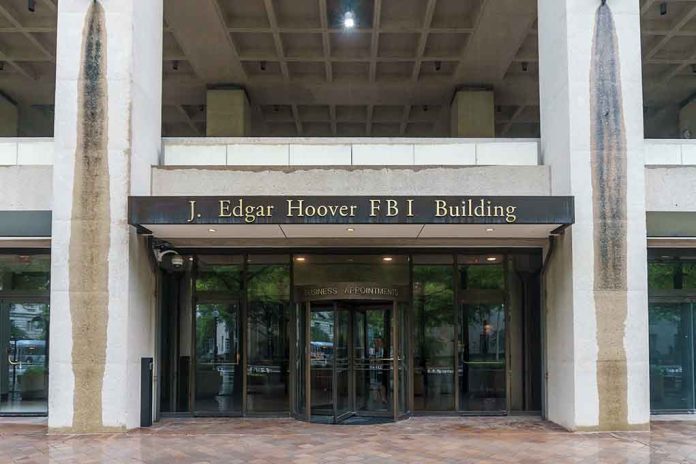 (RightWing.org) – Information continues to pour out about how federal agencies colluded with Facebook and Twitter to censor speech based on political ideology. On Friday, December 2, new Twitter CEO Elon Musk released the “Twitter Files.” They showed how the company responded to the New York Post’s report about Hunter Biden’s laptop with weeks to go until the 2020 presidential election. Now, an FBI leader is confirming collaboration between the government and social media companies.

FBI assistant special agent in charge of the Cyber Branch, Elvis Chan, admitted the government asked social media giants to remove content it deemed disinformation during the 2020 presidential election. Chan indicated the companies complied with the requests, which had the “headquarters stamp of approval,” nearly half the time.

On November 29, Chan offered deposition testimony in a lawsuit filed by Republican attorneys general in Louisiana and Missouri. When Missouri Attorney General Eric Schmitt and Louisiana AG Jeff Landry learned about the agent’s activities earlier in 2022, they sought to talk with him. The information gleaned was the most informative to date, highlighting how deep the FBI censorship went in 2020. The civil suit claims the White House and federal agencies colluded with Facebook and Twitter to silence the free speech rights of Americans for political purposes.

During the deposition, Chan told attorneys he oversaw a “command post” operation to combat disinformation in the fall of 2020. He said at times, he asked for help from FBI field offices, federal prosecutors, and lawyers from the FBI and Department of Justice (DOJ) ahead of determining what content he would ask the social media outfits to block.

The FBI agent said that on occasion, the Big Tech companies would inform him they took the posts in question down. At other times, they responded claiming the posts didn’t violate their terms of service. He stated the operation investigated disinformation claims daily, and agents held meetings weekly with Facebook and Twitter executives during the election. In addition, Chan personally asked Americans in a podcast to report election disinformation to the FBI or DOJ.

While confirming his activities, Chan stated he was unaware if the FBI was involved in blocking the Hunter Biden laptop story. Facebook founder Mark Zuckerberg previously suggested the world’s top social media platform censored the story because the FBI labeled it as disinformation and requested its removal. Chan said his division did not make that specific request, and it was never discussed in meetings he attended with the Homeland Security’s Cybersecurity and Infrastructure Security Agency and the Big Tech companies.

Several lawmakers responded after the deposition. Rep. James Comer (R-KY), incoming chairman of the House Oversight Committee, said everyone concerned about civil liberties and the First Amendment should be concerned. He stated Chan’s censorship operation raised concerns the FBI meddled in the 2020 election to benefit Democrats.

Comer said the Hatch Act should be updated to outlaw such behavior, stating the law has a loophole that doesn’t include social media.

Some Democrats are also chiming in, including Rep. Ro Khanna (D-CA) and former US Sen. Bob Torricelli (D-NJ). Torricelli stated he was disillusioned with America’s institutions that the nation has relied upon to protect and guard free speech and have become intense censors.

Comer said investigating censorship and holding bad actors accountable would be a priority for several House Committees in 2023.