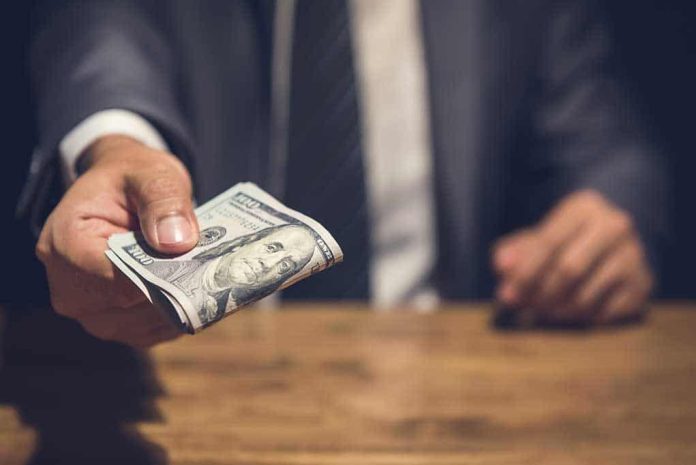 (RightWing.org) – The FBI has a history of corruption going back to its founder, J. Edgar Hoover, who used the agency as a weapon against his enemies, real and perceived. Along the way, his agency destroyed the lives of countless Americans. The agency also became a tool for Democratic politicians like former President Lyndon Baines Johnson. He used it to force his progressive voting and civil rights agenda in the tumultuous 1960s.

Recently court filings revealed allegations the embattled FBI failed to disclose it paid a known white supremacist tens of thousands of dollars to inform on other extremists.

Lawyers working for accused Attomwaffen member Kaleb Cole filed a motion to suppress evidence obtained on their client by the FBI on the grounds it paid a confidential informant for information but failed to include his background in a search warrant application.

Perhaps the FBI should be charged with incitement to extremism and terrorism . . . https://t.co/9g9PhT4NvR

According to Cole’s lawyers, the FBI failed to disclose it paid the informant roughly $82,000 for information regarding their client. Agents also somehow managed to forget to include the informant’s prior felony record for possession of a firearm with the serial number removed and an unregistered silencer. It also didn’t mention that he owned and operated a publishing company distributing white nationalist material.

Justice Department lawyers admitted the agents “mistakenly” omitted the information in its application but claimed the error was harmless in responding to the motion to suppress.

US District Court Judge John Coughenour hasn’t ruled on the motion yet, and it remains unclear whether he will schedule an evidentiary hearing or hear oral arguments on the motion. For now, it seems the court has taken the matter under advisement.