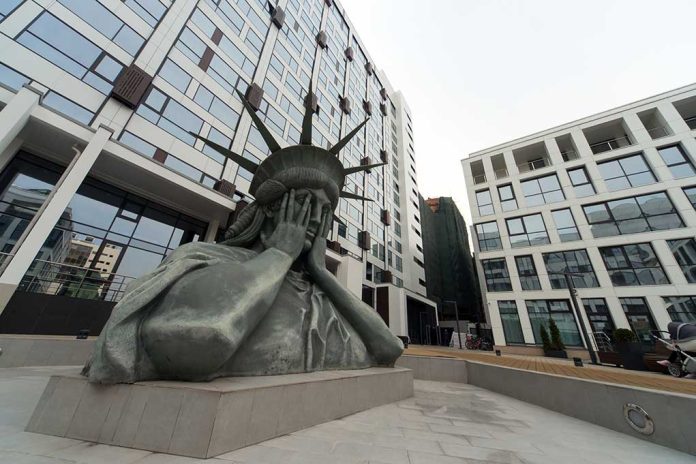 (RightWing.org) – There is a lot of good news on the COVID-19 pandemic front. However, you wouldn’t know it by listening to some health experts. Dr. Anthony Fauci is at the top of the naysayer list. On Thursday, April 16, he finally said aloud what many conservatives already knew by his words and actions.

It’s that stubborn “liberty thing” again that keeps haunting Fauci. For much of 2020, society was locked down, businesses were closed, and financial devastation could be on the horizon. Then, there are the Constitutional violations regarding religion and landlord property rights. Therein lies the problem. Fauci admitted he simply doesn’t care about your liberties.

On Thursday, Rep. Jim Jordan (R-OH) asked Fauci a very simple and appropriate question: “What measure, what standard, what objective outcome, do we have to reach before… Americans get their liberty and freedoms back?” Jordan went on to express his concerns about Constitutional liberties being violated, such as freedom of the press, religion, and speech, of which he said all have been “assaulted.”

Fauci’s answer was insightful and revealing.

“I don’t look at this as a liberty thing.”

Exactly! This is why Fauci and the medical community should not be running interference in American’s everyday lives. This is the exact reason why the Constitution was created in the first place. It’s designed to protect the people against a government that could threaten the very existence of the Constitution itself, which exists to ensure liberty.

Fauci continually describes the pandemic as an inconvenience. However, it’s not an inconvenience to small business owners who lost their life savings. How about those who will lose their homes when the emergency orders are lifted? What about the millions of people who still can’t find a job that pays them what they were earning before the governor’s shut down their state economies? Or the mental health of students whose lives will never be the same?

There’s too Much Good News to Ignore

Fauci refused to answer Jordan’s question. Yet, the data speaks for itself. For those over 65 years of age, the CDC says 80% received at least one vaccination shot, and 64% are fully vaccinated.

Over a 2-week period through April 15, death rates dropped 16% and should continue to drop as more people are vaccinated, and the majority of the vulnerable are protected.

Wasn’t one of the original reasons for the lockdowns to protect the vulnerable?

So, what’s the excuse now, and why are American’s not able to resume their lives as normal?

Is it because certain individuals are afraid of giving up their fame or power?

One thing is clear. America’s educational system is proving once again that it failed over the last 50 or more years. When an educated person like Dr. Fauci admits he doesn’t care about your liberties, it proves he doesn’t know or care much about America.

There are few things more sacred than your God-given rights.