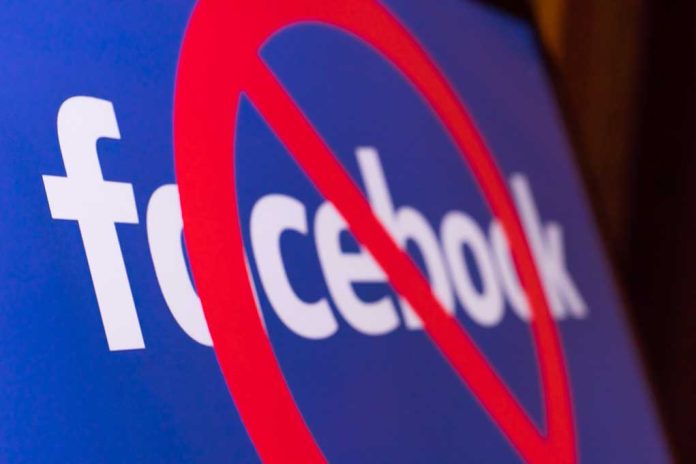 (RightWing.org) – As the 117th Congress wraps up its business and Republicans prepare to take over the majority in the House on January 3, lawmakers are considering a controversial bill with significant implications for news entities and Facebook. Meta has worked aggressively to run out the clock. Now, it’s making a major threat if Congress passes the legislation.

In September, the Senate Judiciary Subcommittee on Competition Policy, Antitrust, and Consumer Rights passed the Journalism Competition and Preservation Act (JCPA) in a 15-7 vote. If the legislation becomes law, it will force Facebook’s parent company Meta, and Google’s parent, Alphabet, to share ad revenues with most news publishers.

The JCPA could cause hundreds of millions of dollars in ad revenues, which Big Tech collects, to be transferred to news outlets. It would give media companies more power to negotiate collectively with the social media giants. While some heavily support it, others heavily condemn it as government overreach.

If Congress does pass the measure, it will likely be attached as a piece of the national defense spending bill lawmakers are rushing to pass before year’s end.

On Monday, December 5, Meta spokesman Andy Stone released a company statement. It noted if Congress passed an “ill-considered journalism bill…we will be forced to consider removing news from our platform altogether.” The company added the government-mandated legislation doesn’t reasonably consider the value the venue provides to news outlets through increased website traffic and subscriptions. The statement noted news outlets add their content to Facebook because it increases their bottom line.

Meta statement on the Journalism Competition and Preservation Act: pic.twitter.com/kyFqKQw7xs

Meta’s criticism of the proposal included a strong condemnation. It alleged the government would create a “cartel-like entity” that can legally require a private company to subsidize other private businesses. It called the idea a “terrible precedent.”

Those who support the measure say they are trying to solve a civic crisis: the erosion of local news. Over the last decade, television, radio, print, and digital media lost 26% of their workforce, with newspapers being among the hardest hit. Fortune said Facebook and Google were major contributors to the problem as they diverted digital ad revenues.

Still, civil liberty and free market groups, newspaper unions, small publishers, and political conservatives have joined in opposing the bill. Some say it doesn’t solve the underlying anti-competitive practices and puts the government in the middle of complex business issues where it doesn’t belong.

The CATO Institute said the JCPA called the proposal a “one-sided carveout” of antitrust law that benefited only one industry. It noted the bill would result in a convoluted legal mess and stated it was incompatible with free market principles.

Former Congressman and Secretary of State Mike Pompeo added the bill would give more power to the media to censor Conservatives and said Congress should vote against it.