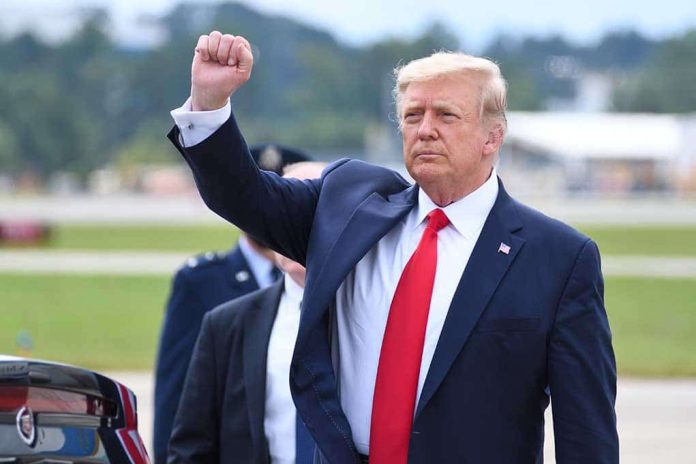 (RightWing.org) – Video sharing platform YouTube suspended President Donald Trump’s account for a week on January 12. However, the company extended the suspension indefinitely amid unfounded rumors Trump provoked the Capitol Hill riot the week before. YouTube head Susan Wojcicki told reporters the site would restore Trump’s account once the platform determined “the risk of [further] violence has decreased.” Seven months have passed, and the former president is asking for his day in court.

On August 23, Trump’s lawyers asked a federal judge to issue a preliminary injunction, effectively reinstating his YouTube account. The motion for a preliminary injunction claimed the Republican party as a whole and Trump as a potential future candidate for public office would suffer irreparable harm if the suspension continued. The petition also asserted the YouTube ban “endangers democracy [and] stifles public debate.”

National Legal and Policy Center attorney Paul Kamenar told reporters he was “impressed” with the legal arguments presented by Trump attorneys. According to him, the petition presented a “strong basis” for granting the requested injunction. If not, he predicted the appellate court would “look favorably” on the petition and grant the requested relief.

We will keep you updated on this breaking story as the motion works through the legal system.