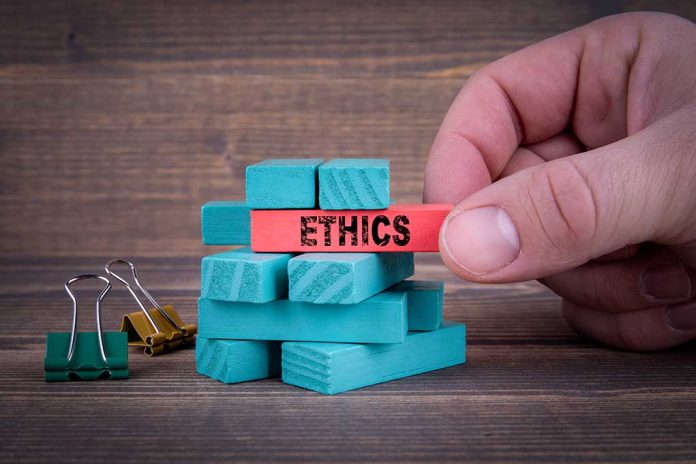 (RightWing.org) – It seems children can be the sources of their parents’ greatest joys or deepest grief. Hunter Biden has dropped his father in hot water yet again after former President Barak Obama’s chief ethics adviser slammed his latest get-rich-quick scheme.

Walter Shaub says Hunter Biden will be paid $500K a painting for… https://t.co/SawREc6Xsf via @MailOnline

In July, the younger Biden “negotiated” an “agreement” with the White House to allow him to sell his art to anonymous buyers for undisclosed sums. The New York gallery tasked with selling the paintings says they could go for as much as $500,000 each – but art experts question why anyone would pay so much for a work by a new, unknown artist.

Walter Shaub, who ran the Office of Government Ethics from 2013 to 2017, thinks he knows the answer. Shaub says the anonymous scheme is “the perfect mechanism for funneling bribes,” allowing people to effectively donate large sums of money to the Biden family – without anyone finding out. In July, he told the Washington Post, “We have no way of monitoring whether people are buying access to the White House,” and it seems that’s just how the White House wants it.

Hunter, who only recently started painting and has never sold art before, is on course to make up to $6.5 million from his first batch of paintings. The deal says he won’t know who the buyers are or what they paid – and, of course, neither will the public. But there’s nothing to stop the alleged buyers from letting the president know how much they’ve donated to his family. How will he show his gratitude?