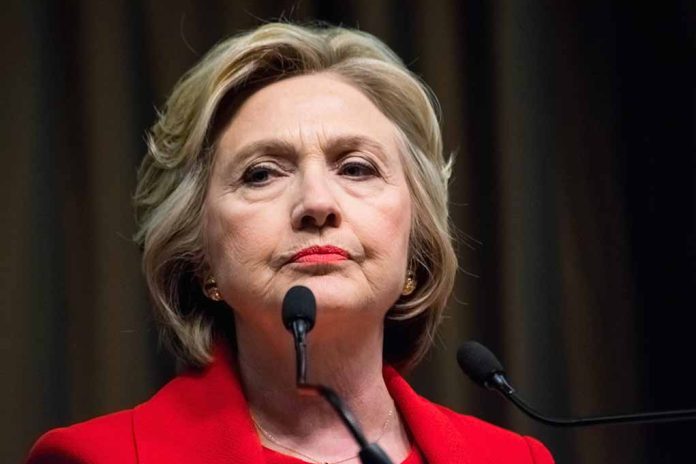 According to Durham’s filing, Sussmann reportedly told FBI agents he wasn’t working on behalf of Clinton when he turned over documents allegedly linking the Trump Organization to a bank with connections to the Kremlin. However, Durham claims Sussmann compiled the records on behalf of an unnamed technology executive and the Clinton campaign.

Additionally, Durham alleged Clinton campaign lawyers infiltrated Trump organization servers at Trump Tower during the lead-up to the 2016 election and, later, in the White House as part of an effort to link Trump to Russian officials.

A tech company hacked the White House and spied on a sitting President.

This should concern everyone.

But the mainstream media refuses to cover it.

Rep. Jim Jordan (R-OH), the ranking Republican on the House Judiciary Committee, weighed in on Durham’s allegations on Twitter and during a weekend appearance on Fox News. “Yep, there was spying going on,” he told Fox and Friends hosts. Making matters worse, the trail of evidence leads “right to the Clinton campaign.”

What do you think about this stunning news? Is it time to prosecute Hillary Clinton?