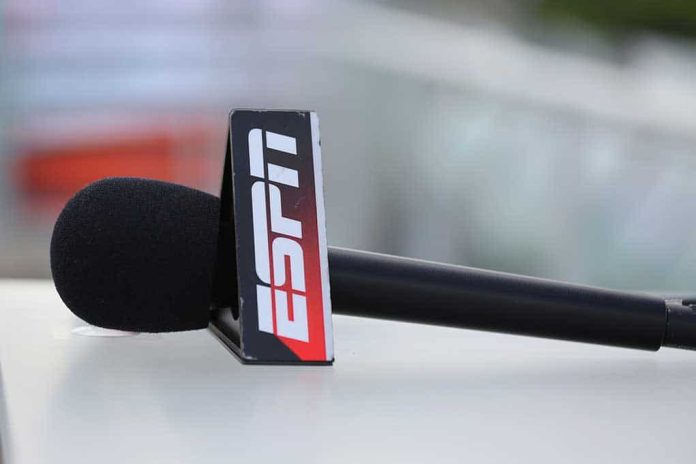 (RightWing.org) – A woke media company has kicked one of its presenters off the air for a week after she commented on how former President Barack Obama views his race. Nobody is even claiming her comments were racist – she’s just violated one of the badly defined and ever-changing rules of political correctness.

In a podcast episode broadcast last month, ESPN anchor Sage Steele – who has mixed white and black heritage – discussed her own ethnic background, saying she identifies as biracial and finds it “fascinating” that Obama identifies solely as black, because “his black dad was nowhere to be found, but his white mom and grandma raised him.”

There’s nothing racist in her statement, but ESPN doesn’t seem to care about mere facts. As of October 6, the network suspended Steele for a week as punishment for her ‘wrongthink.’ A statement from the company said while the company “embraces” different points of view, they want them expressed “respectfully, in a manner consistent with our values, and in line with our internal policies.”

Steele’s words don’t seem disrespectful; she didn’t say Obama was wrong or disagree with him, only that she found it interesting. So it appears the issue is with ESPN’s values or policies. Maybe the network could adapt those to be less oppressive?