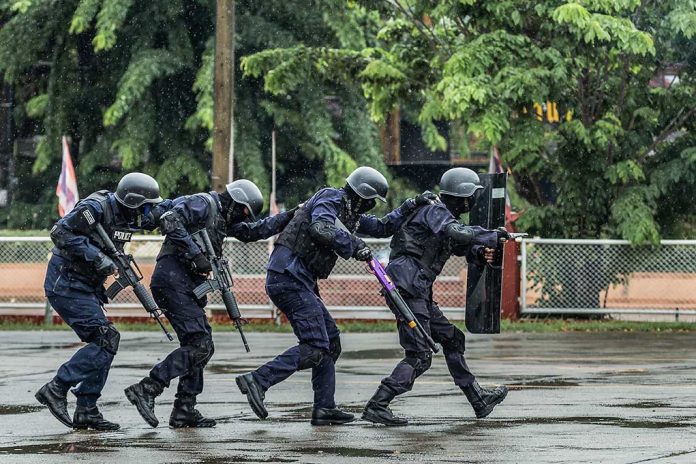 (RightWing.org) – A congressman is trying to prevent the Environmental Protection Agency’s (EPA) abuse of power – and, in the process, he’s highlighting just how much of our government is involved in policing.

The EPA’s job is to protect the environment, but over the last few decades, it’s expanded its definition to push its way into every aspect of our lives – and it has the firepower to make its rulings stick. Right now, the EPA is waging a war against motor racing by raiding and fining custom auto shops that rebuild street-legal cars as competition machines.

It’s important to note it’s not actually illegal to convert a car into a track competitor. As long as people use the rebuilt racers only on the track, they can convert them as radically as they want without breaking any laws.

However, the EPA has decided racecars are an “enforcement priority” and has ruled – with no law to back it up – converting a street vehicle to racing spec is illegal anyway.

“I think it’s insane that over 40 executive branch agencies have police forces. The EPA shouldn’t be able to raid anything or anybody,” Rep. Thomas Massie, a Kentucky Republican, and co-sponsor of the RPM Act. @KerryPicket https://t.co/LjuHyGt23u

Now, a bill launched by a Republican lawmaker Patrick McHenry (NC) aims to rein in the EPA and its armed raiders. The representative introduced the Recognizing the Protection of Motorsports Act, which “clarifies” – in other words, reminds out-of-control agencies – building racecars isn’t actually against the law.

Co-sponsor Thomas Massie (R-KY) also noted, “I think it’s insane that over 40 executive branch agencies have police forces.” The question is, will this hyper-interventionist administration tolerate having its agencies’ wings clipped?