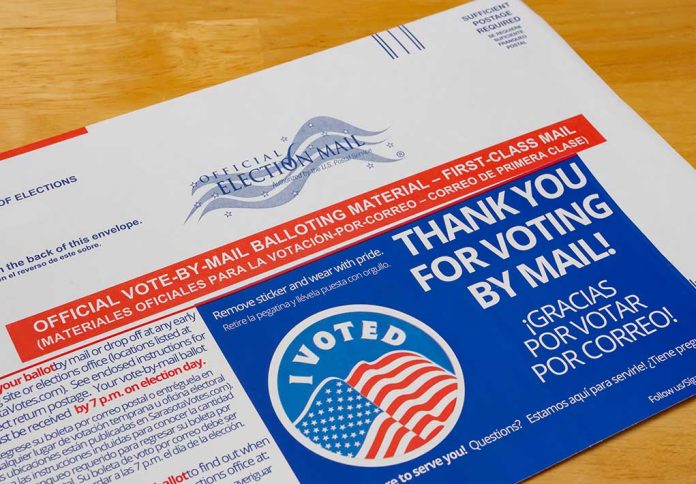 (RightWing.org) – Arizona election officials are scrambling to send out thousands of new ballots after a “human error” with the first batch. Voters in several towns and cities received ballots that wouldn’t actually have let them vote. Now the county elections director is taking full responsibility for the mistake –- but the proposed solution has left many people unsatisfied.

Last week, registered early voters residents in the state received ballots for the August 2 elections. However, 63,000 residents of seven towns and cities in Pinal County –- Apache Junction, Casa Grande, Eloy, Mammoth, Maricopa, Queen Creek and Superior –- received ballots that either didn’t include the options for their municipal elections or had the wrong ones.

The Secretary of State, Katie Hobbs, signed off on the Pinal County ballots that did not have municipal offices on them. This is unacceptable behavior and performance. pic.twitter.com/bfhYjLLscu

County Elections Director David Frisk says the mistake happened because county employees entered the wrong information in computer systems, and a series of small mistakes added up to seriously flawed ballots. With around 63,000 people unable to vote in the municipal elections, the county is scrambling to find a solution. On July 8, county officials said they would issue new ballots to the affected voters, but that plan was scrapped days later.

Now County Attorney Kent Volkmer advises Pinal County residents, “Go vote now… Do not wait on us.” On July 12, officials voted to send out municipal-only ballots and run a second, parallel election on the same day.

The Arizona Secretary of State’s office says it’s investigated the error, and the current electoral system is “blameless.” However, many residents are unhappy. One tweeted, “Doesn’t (sic) bad ballots result in bad elections?”

What do you think Arizona should do to restore trust?