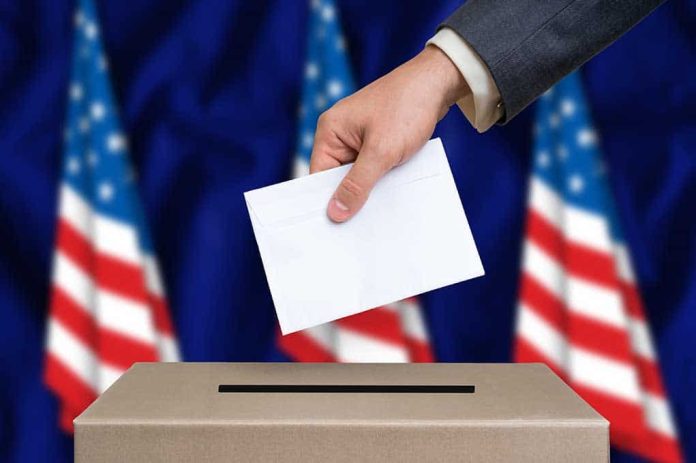 (RightWing.org) – In a dramatic development, election auditors in Georgia have found hard evidence of a massive ballot-stuffing operation in last year’s presidential election. The number of suspect ballots is big enough that, if it also took place in other states, it could have affected the outcome of the election.

On September 28, former Georgia congressman Jack Kingston (R) told journalists 1,900 ballots were deposited in a single Georgia dropoff box over one three-day weekend. The problem is, video surveillance tapes show only 24 people visiting it. That means each person dropped off at least 75 ballots; in other words, ballot harvesting took place, and that’s illegal in Georgia.

Former Rep. Jack Kingston: I know of one dropbox in Georgia being looked at. The dropbox averaged 6,000(?) ballots a day. Yet over Columbus Weekend, a 3-day weekend, 19,000 (1,900)votes were counted. Surveillance shows only 24 people went to the dropbox. https://t.co/AZNwSnAbKJ

Election integrity group True The Vote is leading the investigation into the votes in Arizona, Georgia, Michigan, Pennsylvania and Wisconsin. Using innovative methods, including tracking the movement of cellphones, they’ve uncovered some horrifying activity; for example, in a 24-hour period, one person visited 27 dropoff boxes across six counties – and that’s just one of the 240 suspects they’re investigating.

True The Vote says once they’ve completed their investigations, they’ll release their evidence to the public if law enforcement still hasn’t acted. It looks like the truth about what really happened last November is finally beginning to emerge.