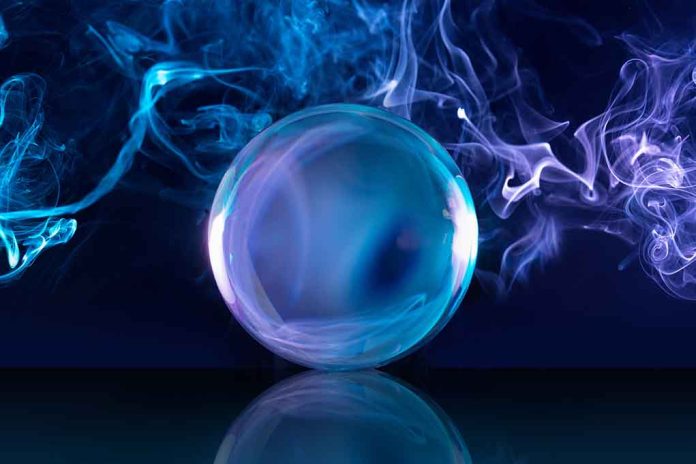 (RightWing.org) – Federal Reserve Chairman Jerome Powell is steering an institution designed for normal times — the past two years have been anything but normal. The COVID-19 pandemic allowed numerous Democratic governors to seize control of their states and shut down their economies under the guise of protecting people. That caused a manufacturing and supply chain crisis that, coupled with trillions in government spending, sparked a 40-year high inflation rate. As the country faced economic decline, on June 29, Powell acknowledged a “soft landing” was possible, but very challenging.

On August 11, former Clinton Treasury Secretary and economist Larry Summers warned a soft landing was highly unlikely despite optimistic tones from the Biden administration and the Federal Reserve. He isn’t alone in his opinion. Economist Nouriel Roubini, nicknamed “Dr. Doom,” said the country should brace for a hard recession.

Is the US Economy Due for a Hard Downturn?

Roubini once served on President Bill Clinton’s Council of Economic Advisers and worked in the Treasury Department for Barack Obama. Ahead of the Great Recession in 2008, the famed expert got his nickname for accurately predicting the housing market crash and economic consequences that followed.

In June, the Federal Reserve said it expected to increase interest rates to approximately 3.375% by the end of 2022 and as high as 3.8% in 2023. In theory, if the Fed makes spending money pricey, people won’t buy products or services. In a sense, it’s reducing demand, which would cause a change in supply and ultimately bring down prices.

Dr. Doom said for the central bank to get it right, it needs to increase rates substantially higher to reduce inflation. He said the strategy sounded “delusional,” and the Fed would need to double the interest rate to have any meaningful impact.

The economist acknowledged that to get high prices under control, the Fed could likely cause a hard recession as the economy cools and contracts.

How Would Recession Impact the Middle and Working Class?

While inflation decreased from 9.1% in June to 8.5% in July, it’s still significantly high. As the value of the dollar’s purchasing power has declined, wages have stagnated. That means the middle and working class are having to squeeze every dollar as their savings erode and price increases outpace their incomes.

Another challenge is job security. As demand for products and services drops and business expenses rise, the need for workers declines. Long-term chronic unemployment could become a serious issue for millions of Americans.

So, is a hard recession unavoidable? Maybe, but, despite the positive rhetoric emanating from the White House, economists on both sides of the political aisle are sounding the alarms.