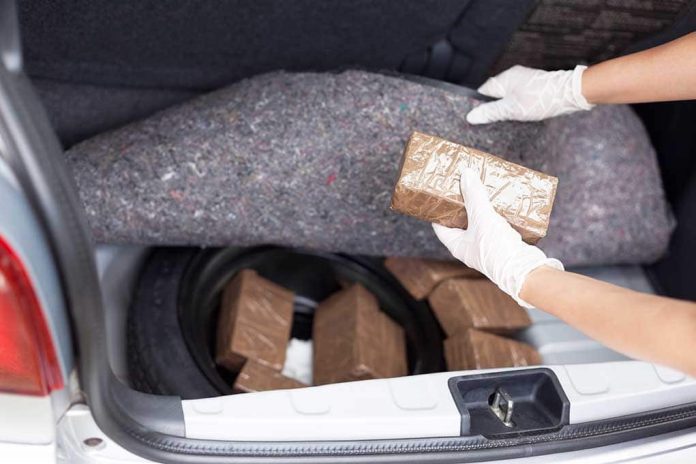 (RightWing.org) – It’s not just illegal immigrants that are flooding into the US because of President Biden’s disastrous border policies; we’re facing a tidal wave of illegal drugs as well. Customs and Border Protection (CBP) say they’re seizing far more narcotics than last year – and what they catch is just the tip of a lethal iceberg.

CBP agents and officers continue to interdict the flow of illicit narcotics across the border. pic.twitter.com/3Uz5s2mdCO

On March 12, CBP announced that they’ve intercepted more fentanyl in the first five months of fiscal year 2021 than in the whole of the previous year. Since October 1, more than 5,000 pounds of the synthetic opioid have been seized – and the sharpest rise has come since Biden took over. February seizures were 50% higher than January as CBP is struggling to process the wave of illegals Biden is allowing into the country.

Acting CBP Commissioner Troy Miller warned that his officers are now finding 360% more fentanyl than this time last year, with major increases also seen in cocaine, heroin and methamphetamine. Meanwhile, more officers are being taken off anti-drug patrols to help the illegal immigrants who – like illegal drugs – are flooding into the US in record numbers.