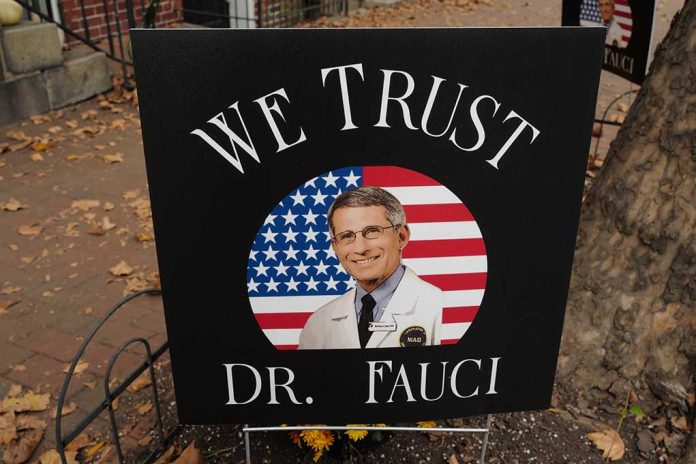 (RightWing.org) – Throughout history, many well-intentioned people succumbed to new-found fame. Instead of the experience creating a sense of humility, responsibility, and thoughtfulness, it went straight to their heads. Out of it, narcissistic tendencies develop that prompted great people to become preoccupied with themselves, emotionally isolated, and very distrustful of others. Of course, those last two things flow out of the first.

Enter Dr. Anthony Fauci. If ever there were a case of a person who fell off the deep end, he would be the poster boy. For 50 years, Fauci has worked in the federal government. He’s an immunologist who serves as the director of the US National Institute of Allergy and Infectious Diseases and the COVID-19 chief medical officer to the president. However, that may not be why he’s remembered in history. On Wednesday, June 9, Fauci gave two separate interviews. In them, he exposed his narcissism, needed to be right at all costs, and displayed a highly defensive posture that showed exactly where his attention is today — and it’s not on COVID-19. It’s on himself.

Once again, Dr. Anthony demonstrated why he isn’t fit to speak to the media or the public. Let’s look at a few examples of Fauci’s forced errors over the last 15 months or so. Fauci…

On top of all of that, Fauci’s emails exposed a treasure trove of information about his incompetency as a public leader.

On Wednesday, Fauci told Chelsea Clinton that rebuilding trust in science is complicated and “not gonna happen easily.” What the good doctor didn’t say was why the science isn’t being trusted in the first place. That requires some internal transparency and strong emotional intelligence that Fauci appears to lack.

Rebuilding trust in science isn’t difficult, and the lessons should be learned moving forward are:

Apparently, Fauci can’t do one of those things, let alone all three.

Unfortunately, Fauci didn’t stop there. He compounded things and personalized the problems he’s facing in a separate interview with Chuck Todd on Wednesday. Instead of owning any accountability, Fauci stated unambiguously that an attack on him is an “attack on science.”

So, Dr. Fauci owns science and what he says is the final word? That’s the height of arrogance and narcissism. He added that questioning his version of the science is “preposterous.”

It Didn’t Need to Be This Way

There’s no question that Dr. Fauci is a smart person who knows his craft well. However, interacting with the public and the media doesn’t appear to be his strong suit. At the beginning of the pandemic, America was united in its trust in Dr. Fauci. How the mighty have fallen.

If it weren’t for the protection of the media, Fauci would be toast. They went after former President Donald Trump for being a narcissist. This is as blatant a case as one can get. Yet, it’s pretty much crickets out there among the liberal media — but they can’t protect Fauci from himself forever.

This is turning into a sad story of a brilliant career that’s quickly headed off the rails.

It didn’t need to be this way.