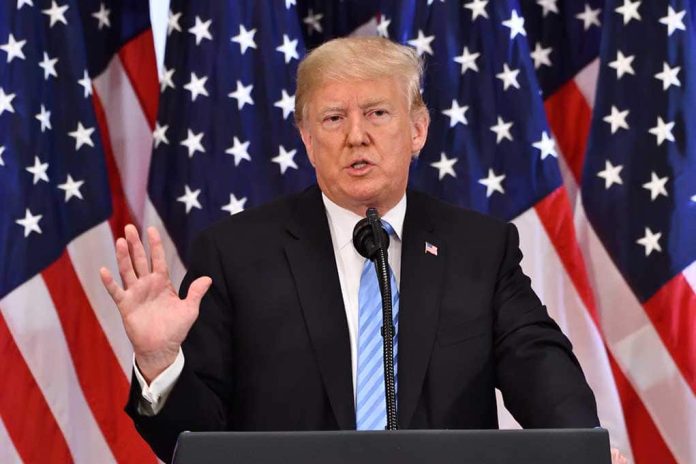 (RightWing.org) – Former president Donald Trump is still hugely popular among Republican voters, and millions of Americans pay attention to what he says. Now a suspicious social media site seems to be exploiting his status to lure paid subscribers – but Trump isn’t taking it lying down.

Good for President Trump here! These guys are scam artists!

“Trump threatens 'free speech' app with legal action, claims it's luring his fans for $4.99 a week” https://t.co/bhaQvpt3Pf via @nypost

Over the last few weeks, social media company 2nd1st has been marketing itself heavily to Conservatives worried about the decay of free speech on mainstream platforms like Facebook and Twitter. Among 2nd1st’s publicity materials are images of Donald Trump and screenshots of his past social media posts, giving the impression Trump uses and endorses the platform. The only problem is, that’s not true.

It’s now emerged that on September 30, Trump’s legal team sent a cease and desist letter to 2nd1st, ordering them to stop “any and all exploitation of President Donald J Trump’s name, image and likeness.” Separately, Trump’s office confirmed he doesn’t use 2nd1st and doesn’t endorse it or any other social media platform.

Why does the Trump camp have a problem with the exposure? Well, because 2nd1st isn’t free to use. The platform offers subscribers a three-day free trial then automatically bills $4.99 a week. Where does that money go? Nobody knows; the director of the app’s parent company isn’t a legal US resident, and the only registered address anyone can find for him or the company is a strip mall in Wichita, Kansas. Although the app is real, its use of Trump’s image looks suspiciously like a scam.