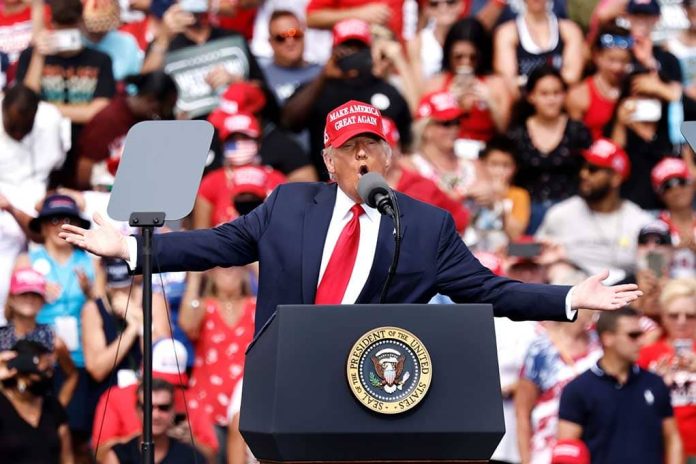 (RightWing.org) – Former presidents usually spend considerable time away from the public eye after leaving office. It’s a long-standing tradition honored by the last several commanders in chief. As Americans should know by now, however, Donald Trump marches to the beat of his own drummer, and he’s ramping up to re-emerge from his Mar-a-Lago residence in a big way.

Trump hits the political battlefield again in earnest on Saturday, June 5. He is slated as the keynote speaker at North Carolina’s Republican Party State Convention that afternoon.

Trump plans to follow up with a rigorous schedule giving rallies in June and July to show his support for Republican efforts to take back the House and Senate in the 2022 midterm elections.

There’s also talk of Trump running for a second term in 2024, and hitting the campaign trail this early could give him a distinct edge over other contenders.

Trump advisor Jason Miller confirmed that Trump’s primary focus at the moment is the upcoming midterms. However, he stated that if Trump thinks “he’s in a good position” for 2024, he believes there is “a good chance” Trump will run again.