(RightWing.org) – Trump continues to crack down not just on illegal immigration, but on individuals who were illegally naturalized into citizenship. In order to denaturalize someone, the Department of Justice (DOJ) must prove that their citizenship was unlawfully obtained through application fraud. To make the job easier, the DOJ has opened a new section dedicated to denaturalizing citizens who are found to be guilty of immigration fraud.

This announcement comes in tandem with Trump’s “public charge” rule coming into effect.

In conjunction with this new section of the DOJ, officials are proposing an increase in immigration fees, which haven’t been raised in over 30 years.

The DOJ described the intent behind this new section as an increased attempt to bring “terrorists, war criminals, [and] sex offenders” who have abused our immigration system to justice. 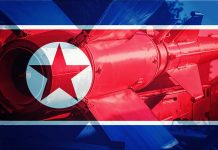