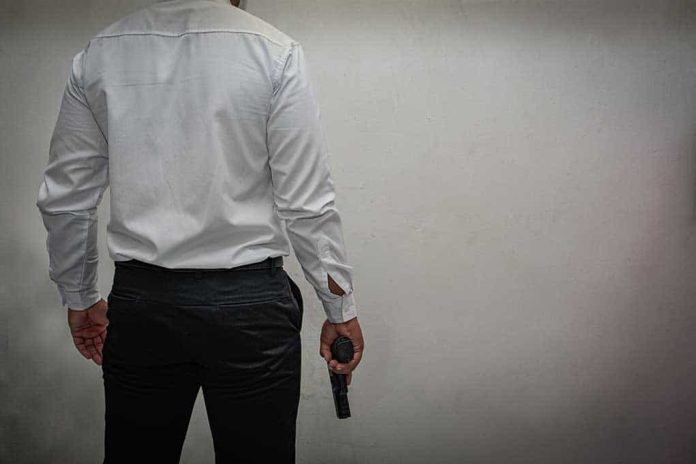 (RightWing.org) – Political turmoil reached epic proportions this year in the wake of the questionable 2020 presidential election and fallout from the January 6 Capitol Hill riots. It’s gotten to the point that the Capitol Police Department recently announced it would open field offices in Florida and California to help local authorities investigate threats made against federal lawmakers. Meanwhile, lawmakers in Washington DC remain at the mercy of officials at President Biden’s Department of Justice. Just ask Rep. Matt Gaetz (D-FL).

As an autonomous city, Washington, DC, doesn’t have district attorneys. Instead, the DOJ officials have the final say regarding all prosecutorial decisions. Rep. Matt Gaetz recounted his recent experience with the Capitol PD during an October 20 House floor speech.

BREAKING: A man traveled across the country with the explicit goal of killing me in Washington, D.C.

Gaetz told House members he received a threatening message on Twitter from an individual claiming to be an assassin. The individual, who called himself CIA Bob, told Gaetz he accepted the contract and subsequently traveled to Washington, DC, presumably to carry it out.

Continuing, Gaetz said officials from the Capitol PD notified him they intercepted the would-be assassin and recommended taking him into custody to the DOJ. However, they told the Representative, for some inexplicable reason, the DOJ refused the request.

Gaetz reportedly went on to say, “You [could] bet this person would have been arrested” if the target was Omar or Tlaib, a reference to two members of the infamous Progressive “Squad.”