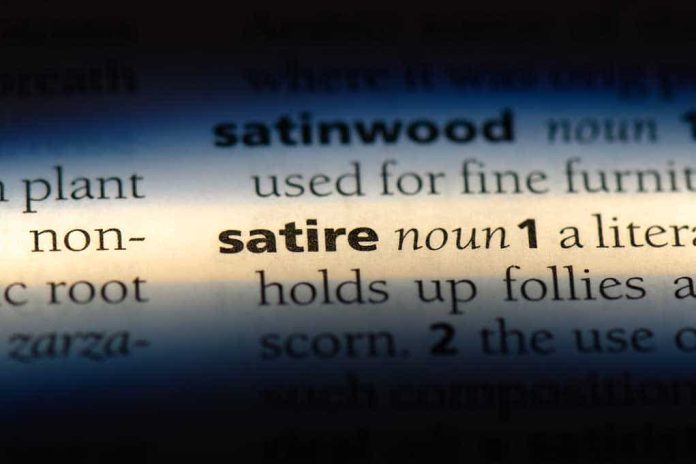 (RightWing.org) – Political satire and memes are a staple of free speech in America. Sometimes, they are funny and witty. Other times, they are crude and misinformative. Yet, they are all supposedly protected by the First Amendment. On Wednesday, January 27, a Florida man was arrested by the FBI for allegedly disseminating “misinformation designed to deprive individuals of their constitutional right to vote.”

The charge that journalist Douglas Mackey violated 18 US Code Section 241 is highly questionable. In fact, there are many more questions than answers, and it leads one to wonder if the First Amendment even exists any longer.

Title 18, US Code Section 241 states unequivocally that it’s “unlawful for two or more persons to agree together to injure, threaten, or intimidate a person in any state, territory or district in the free exercise or enjoyment of any right or privilege secured to him/her by the Constitution or the laws of the United States.”

How Did Mackey Allegedly Break the Law?

The law that Mackey is being accused of breaking hardly seems relevant to this case. The Department of Justice (DOJ) alleges in the complaint that Mackey “infringed” on people’s right to vote through memes and tweets. According to the DOJ, the social media influencer boasted a Twitter following of approximately 58,000 followers and stated that his memes and tweets amounted to “nothing short of vote theft.”

Here’s the worst part. The DOJ held on to this for four years. The meme in question was posted in the lead-up to the 2016 election. If Mackey was such a threat to voters, why wasn’t he stopped in 2020?

Second, how is a meme, regardless of what it says, able to prevent anyone from voting? Social media companies go out of their way to update people with voting information on their platforms leading up to and during election day.

Third, a meme or tweet does not in any way harm a person. Nor is it a physical act that inflicts harm in any way as the law describes it. However, according to the “Biden” DOJ, memes now equal domestic terrorism. If so, where were they a few years ago when actress Kathy Griffin posted a graphic image holding a beheaded Donald Trump?

Speech and dissent are now a felony.

What does this mean for the First Amendment?

Unfortunately, there are far more questions than answers.