(RightWing.org) – It happens all too often — Congress passes bills that the majority of its members don’t know the full contents of. A great example is the passage of the COVID-19 relief bill on December 21. Over the course of days, the bill was put together and your representative was given a few hours to read a nearly 6,000-page bill and pass it on an up or down vote. We’ve discovered that the bill allocates billions of dollars for special interests and foreign governments over the American people’s needs.

As shocking as this is, it may simply be one more example of an already-existing trend.

In 2010, Congress passed Obamacare on a party-line vote. House Speaker Nancy Pelosi (D-CA) was asked by the press what was in the bill. Her famous answer hollows throughout recent American history and is a foreshadow of what’s still to come. She said Congress would have to pass the bill to find out what’s in the bill.

It’s Rarely About the Money

While many rank-and-file Republicans rightly attack deficit spending, it’s rarely about that for both chambers’ leadership. Large bills, and sometimes small ones, are loaded with special interests that get buried and hidden. It happens because leadership writes large bills, and often doesn’t give the whole Congress time to read them before voting. It’s usually done in the name of a crisis.

The result is that the bills end up with enforcement mechanisms or changes to US policy.

For example, in the 2017 omnibus bill, President Donald Trump fought for border wall money. He got none of it, though there was an increase in money for the military and border security. Congress intentionally poked the bear and told Trump “no” in a show of political spite. That was the highlight of the 1,665-page bill that was promoted across the media.

Here’s what you didn’t probably know was in the bill::

Leadership Uses Crisis as a Tool to Pass Wishlists

Every year, it seems Congress waits until the last moment to pass legislation. That’s when the leadership in both the House and Senate springs into action chasing the most current fire. While doing so, they embed all of the kinds of policies that your Congressman votes on, and he or she doesn’t even know about them.

There aren’t enough pigs in the world to make the amount of pork in these bills. Examples from the past include bridges to nowhere, weed control in Montana, and kickbacks to military contractors. A fast google search using the keywords “examples of congressional bills with pork” nets a lot of interesting activities Congress wastes our money on.

By allowing a crisis to develop instead of proactively solving the problem, the leaders in Congress create opportunities to slip in items from their agenda they can hide from one another and the public.

Who gets hurt in the process? As illustrated by this year’s omnibus bill and the COVID-19 relief bill, we are the ones who get hurt when Congress looks out for their political interests instead of America’s. 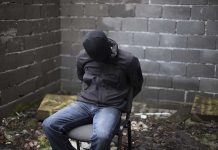