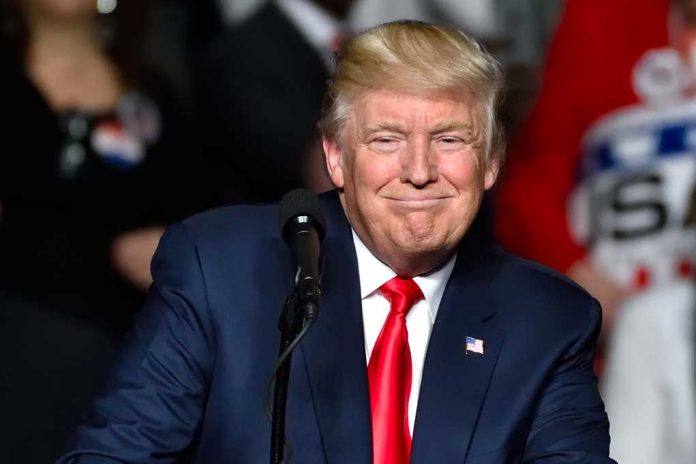 Trump’s CLASSIFIED Documents – Evidence is OUT

(RightWing.org) – A senior official in the last administration has slammed claims that former president Donald Trump illegally kept classified documents at his Mar-A-Lago resort. Attorney Kash Patel says the papers had already been declassified. There was no security breach — just a failure to update the security markings.

Patel said the documents marked classified at Mar-a-Lago and seized by the National Archives in February were already declassified by Trump. https://t.co/EbWXxrCKOD

On February 18, the National Archives and Records Administration (NARA) said it had found documents “marked as classified national security information” at Trump’s resort. Democrats and the media have been trying to paint this as a breach of security. Now, in an exclusive interview with Breitbart News, Patel says the story is “disinformation.”

According to Patel, the documents were declassified as part of Trump’s drive to make government more transparent and let the American people see as much as possible. The former presidential attorney says he was actually in the room when Trump ordered the declassification. He pointed out that while the documents had classification markings on them, so do all declassified documents — “it shows they used to be classified.” In this case, those markings hadn’t been overstamped with new ones, because White House officials hadn’t processed the paperwork, but as president, Trump had full authority to declassify the information.

Describing claims by NBC and others that Trump had released classified information as “entirely misleading,” he added that NARA is a records archive, not a classification authority, and it doesn’t have the ability to reclassify papers downgraded by the president.