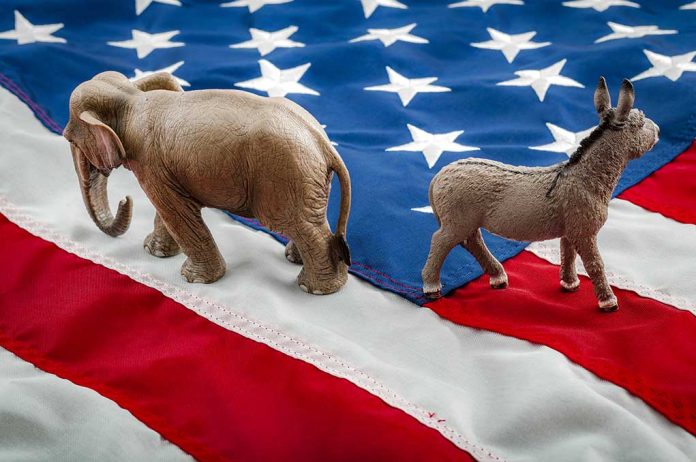 (RightWing.org) – The socialists and progressives in the Democratic Party are itching to pass far-left legislation. They want President Joe Biden to immediately deliver on their policies, which they readily admit is the most progressive in America’s history. However, there’s bad news for Democrats who are ready to “fundamentally transform America,” as former President Barack Obama said in 2008 and President Joe Biden repeated last fall.

Passing large, sweeping legislation is difficult to do in a divided government. In both the House and Senate, the numbers are minuscule for Democrats. They will learn that Biden may be forced to do most of the heavy lifting through executive orders. However, it’s highly debatable what he can and can’t do.

The question is, can progressives pass their agenda? The Senate is evenly divided at 50 Democrats and 50 Republicans. To break any ties, Democrats will need Vice President Kamala Harris. However, that assumes conservative Democrats like Sen. Joe Manchin (D-WV) don’t break ranks as he’s been threatening to do.

In the House, their majority is the smallest it’s been in nearly a century. House Speaker Nancy Pelosi (D-CA) witnessed Republicans pick up seats they were expected to lose last fall. The result: the Democratic majority is only 10 votes.

Additionally, moderate and conservative Democratic members are anxious to dispel the socialist label. After the November 2020 election, they claimed the “S” word was the reason for the Republican gains and, if the far left gets the way, could threaten them in 2022.

Biden to the Rescue?

Increasing individual and corporate tax rates, the Green New Deal, expanding Obamacare, a $15 minimum wage, open borders, free college, student loan debt reduction, and free preschool is not going to be possible without Congress. The president does not have the authority to unilaterally change federal law to fulfill his radical campaign promises.

However, it doesn’t mean he won’t try. Biden could use executive orders to try to get his way. It was already proposed by several of Biden’s transition team. However, there are problems with EO’s. A big hurdle for him is they are easily challenged in the courts; over the last four years, Republicans overhauled the judiciary with conservative judges who are more likely to hold Biden accountable.

What does this mean for Biden’s progressive agenda? It will have to be dialed back. The president needs Congress to pass wide, policy sweeping changes through law. That isn’t likely.

Republicans are hoping Democrats will overextend themselves and try bold initiatives despite the obstacles. It could expose how far left they are to a less informed voter base and, in turn, help the GOP retake the House and Senate in 2022. In the meantime, it appears much of Biden’s legislative agenda is dead.

Democrats have 18 months to throw the kitchen sink at America. After that, the 2022 midterm elections will be in full swing.

It’s going to be an interesting journey to see if Biden’s leadership skills are up to the task.