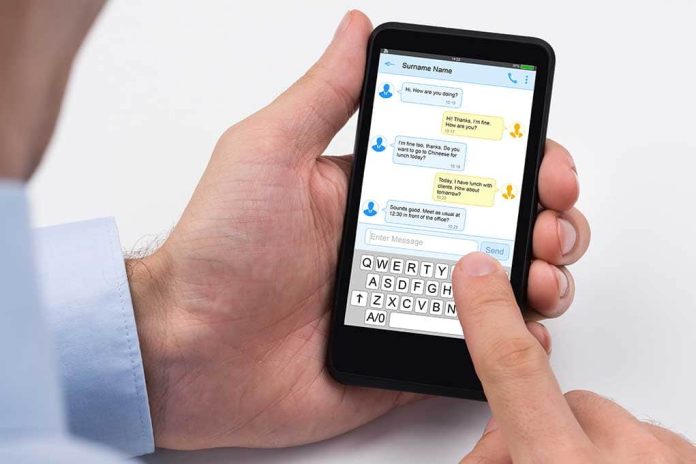 (RightWing.org) – Hunter Biden continues to draw negative attention to himself and his father, President Joe Biden. From tax fraud investigations to allegations of influence peddling — and all points between — the younger Biden can’t seem to keep out of trouble, the kind of trouble that could take his father down with him. Some newly revealed text messages just might do the trick.

The National File recently obtained copies of several hundred text messages between Hunter and his father. For example, he practically begged his father to run for president in a message dated February 24, 2019.

EXCLUSIVE: In fiery texts from 2019, Hunter Biden blamed his father, Joe Biden, for a negative story about him in the New York Times.

Hunter eventually told Joe to run for President, or else he would "never have a chance at redemption."

A quick read of the message, misspellings and all, reveals an apparently tortured figure seeking redemption for his years as an “[expletive} addict that can’t be truseted [sic].” Continuing, he wrote that no one would ever trust or defend him again unless his father sought the White House. “If you don’t run [for president], ill [sic] never have a chance at redemption,” he wrote.

According to the National File, those messages came in the wake of a New York Times article that was highly critical of the younger Biden.

Making matters worse, this wasn’t the first instance of Hunter’s text messages getting him into hot water. Media outlets exploded over the summer after news agencies reported on an exchange between Hunter and his White lawyer that included racial smears, including the use of the “N-word.”

With more text messages sure to be revealed, we’ll keep you updated on Hunter or President Joe.