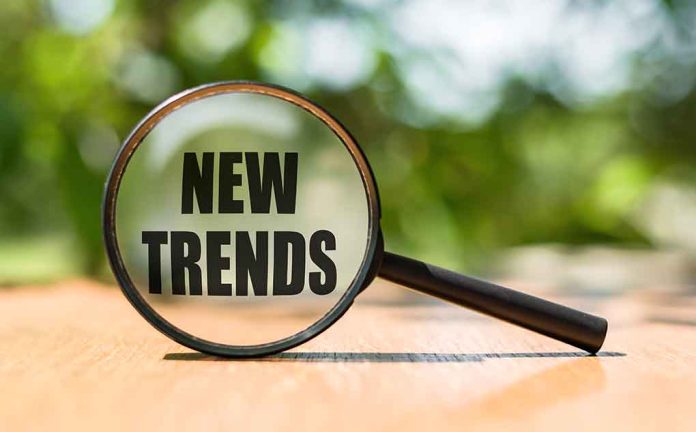 (RightWing.org) – Since the start of the COVID pandemic, the Democrats have emerged as big enthusiasts for compulsory masking. From the president on down, Dems want to make us cover our faces. So why are they so inconsistent about who has to wear them?

On February 7, the Washington Free Beacon highlighted a recent incident involving Georgia Democrat Stacey Abrams, who is still refusing to concede the 2018 gubernatorial election four years after she lost it to Republican Brian Kemp. Last week, Abrams posed for a photo with children in a school district that mandates masks for all students and staff. Abrams posed for a photograph while sitting crossed-legged in front of a class of masked elementary school children.

Another successful Snow Boots on the Ground event in Owosso! Thank you to everyone who came out despite the frigid temperatures. (My selfie skills also seem to be improving so my team actually let me post this one!) pic.twitter.com/aH3jw3EWaF

It turns out Abrams isn’t the only prominent Democrat who has flaunted a bare face in front of citizens who aren’t allowed the same freedom.

On February 6, Representative Elissa Slotkin (D-MI) posted a selfie of herself in front of supporters at a campaign event. All the supporters wore masks; Slotkin did not. Last week Representative Jamaal Bowman (D-NY) posed with high school students who all masked in compliance with the state’s indoor mask mandate. Bowman was unmasked. California Dem leaders imposed an indoor mask mandate last December; on January 31, they posed for photographs in an indoor space, unmasked.

At the very least, this is raging hypocrisy. At worst, it’s a cynical demonstration of power. We have to wear masks because they can use the law to force us. Yet, they can do what they like.