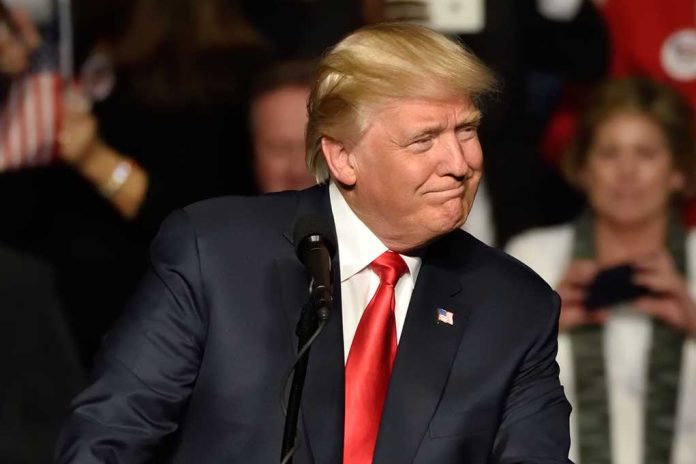 (RightWing.org) – Former President Donald Trump has remained somewhat secretive regarding whether or not he intends to run for a second term in 2024. When asked, more times than not, he’s said his current priority is helping Republicans retake control of the House and Senate during the 2022 midterm elections. However, Trump has dropped a few hints along the way, and many of his supporters claim he just dropped his biggest one yet.

After completing his nearly two-hour speech, Trump thrilled the cheering crowd by performing his now-iconic dance moves to Sam & Dave’s classic song, “Hold On, I’m Coming,” as he left the stage.

Several of Trump’s supporters took to their social media accounts, writing that his song selection was the best clue he’s dropped so far that he intends to run again in 2024. For instance, PatG posted a short clip of the former president’s dance moves, writing, “Yes, Trump is coming back.”

Hold on, I'm comin! Yes Trump is coming back! pic.twitter.com/DYNXvMeOUw