(RightWing.org) – Over the last few weeks, there have been some concerns about the media’s influence on the outcome of the 2020 election. When Facebook rose to prominence in 2010, many wondered if the news media’s influence was waning as people received daily information from a wide variety of sources instead of traditional outlets. After the 2020 election, it may be safe to say those concerns were unfounded.

It appears the media is just as powerful as ever. However, instead of being objective, they have titled more towards the political Left over the years. In some regards, they haven’t served as a check on bad politicians so much as they have on Conservatives.

Lack of Questions and Potential Suppression

Throughout the 2020 campaign, President Donald Trump challenged the media. While he willingly took difficult questions from journalists, the president consistently demanded reporters be fair and as tough on presidential Democratic nominee Joe Biden as they were on him.

To the president’s point, the press rarely asked Biden tough questions about his role as vice president during the Obama years. In March, a scandal broke that alleged Biden committed sexual assault against Tara Reade, a young woman on his Senate staff in the 1990s.

The press barely covered it until popular podcaster Katie Halper interviewed Reade. Even then, the news was tepid. The Democratic candidate issued a statement denying the charges, but he was never seriously asked about it by the media. The story died quickly as a result.

That pattern repeated throughout the campaign. The most notable was the pay for play Biden family scandal story that the New York Post broke weeks before the election. While it was discussed and covered on Conservative media outlets and Fox News, it was ignored by the rest of the media. Their excuse was the story wasn’t verified, and therefore, they couldn’t cover it. Yet, it was verified by the fifth-largest paper in the United States. Despite the Post’s coverage, the rest of the media refused to look into the story, and therefore they claimed with a straight face it wasn’t worth their time.

In a new study by the Media Research Center, approximately 17% of Biden voters said they wouldn’t have voted for the former vice president if they knew about his record, as well as Trump’s positive record. A previous study showed that over 90% of news coverage on Trump was negative throughout the general election.

The findings of the survey concluded that suppression of information influenced Biden voters:

The media’s lack of candid information to voters may have swung voters in swing states just enough to cost Trump re-election.

Is this a new trend? Will the media continue to censor vital information for voters again in upcoming elections? Probably — if we let them. 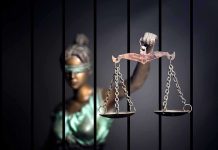