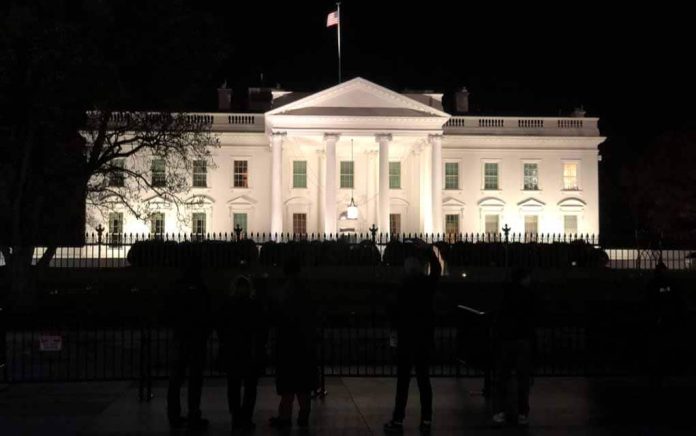 (RightWing.org) – During the Trump presidency, the Washington, DC, establishment did all it could to undermine the administration. Leaks were a constant. Government insiders purposely released disclosures to make Donald Trump look terrible or topple his presidency. It almost worked.

During the 2020 election, the establishment lined up behind then-Democratic candidate Joe Biden. He wasn’t the perfect candidate for them due to his history with lying and gaffes, but the establishment thought he was better than the alternative. They protected Biden, but in the wake of the Afghanistan fiasco, it appears that’s no longer the case.

Who Is the “Establishment?”

The term “establishment” is vague on purpose. Who are the people who hold an incredible amount of power over the nation’s government? They are individuals who’ve been in Washington, DC, for decades. They are federal bureaucrats and employees, media members, political party operatives, lobbyists, activists, donors, consultants, and think tank fellows.

They hold the power of persuasion and can use their influence in both public and private to change the narrative against a president if they disapprove of his actions. Consider how the establishment fought against Donald Trump. However, Trump was a unique individual who could fight back in ways that Joe Biden can’t. Trump was a master of the media and could marshall his base through social media and massive rallies.

Has the Establishment Turned Its Back on Biden?

During the 2020 primary and general election, no one worked harder for Biden than the powers that wanted Trump out of office. They hid Biden, controlled the media narrative, and excused his blunders and lack of energy. The establishment went to extraordinary lengths to cover Biden’s family dealings in Ukraine and China and censored Hunter Biden’s laptop news.

During the campaign and the first seven months of Biden’s presidency, administration officials plugged leaks tight. Outside of a few renegade Border Patrol agents sounding a few alarms, Biden’s been his own worst enemy when answering questions from the press. In the wake of the botched withdrawal from Afghanistan, it appears the leaks are re-emerging, and the establishment isn’t hiding the president as senior officials openly contradict him. In a first for the media, it’s no longer protecting the president.

Now, the president is embarrassing those who once helped him. It’s shocking how quickly the media and foreign policy establishment at the Pentagon, State Department, and Border Patrol openly contradict him. Sometimes, it’s within minutes of a statement given by Biden.

The most heavily enforced rule in any White House is, “Don’t diminish the boss.” It’s the best way to lose your job. It appears that the establishment isn’t afraid of Biden and intends to make it clear they have buyers remorse.

Sadly, it could be the end of the Biden presidency just seven months into it.