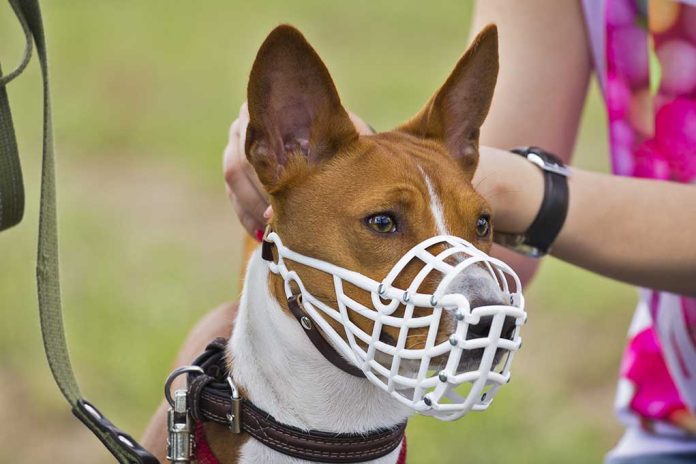 (RightWing.org) – Some individuals in a position of power will go to any lengths to receive attention or divert attention from impending doom. Such was the case with Tennessee’s former top vaccine official, Dr. Michelle Fiscus. Republican lawmakers tore into her in early July over her efforts to convince teenagers to vaccinate against COVID-19. Her bizarre scripted response involved a muzzle. Here’s what happened.

Republican lawmakers flipped out when they found out Fiscus sent out a memo explaining that providers could vaccinate some teens without parental approval. Shortly thereafter, she went public with the news she had received a canine muzzle from an anonymous Amazon purchaser.

Fiscus went on a media blitz, telling anyone who would listen that someone clearly wanted to ‘muzzle her’ and restrain her from speaking out about vaccines. Her appearances include MSNBC, CNBC, and CNN, as well as local media outlets.

However, Fiscus’ downfall may have been reporting the incident to Tennessee’s Department of Safety and Homeland Security (TDOS). First, investigators reached out to her to get her Amazon account information. Next, they served a subpoena on Amazon to track down the purchaser. As it turned out, the muzzle didn’t come from the account Fiscus claimed was hers. However, it did come from an Amazon user who made the purchase using her American Express card under the name of Dr. Michelle D. Fiscus. Surprise, surprise.

Fiscus quickly shot out a tweet denying she made the purchase, but, in the meantime, TDOS Special Agent Mario Vigil officially closed the case, noting there wasn’t any evidence to support Fiscus’ claim she was threatened in any way.

What now? Fiscus already lost her job weeks ago because of the memo, but will the TDOS charge her for making a false statement to state investigators, or will they send her a bill for their services? Perhaps, they will end up doing both.