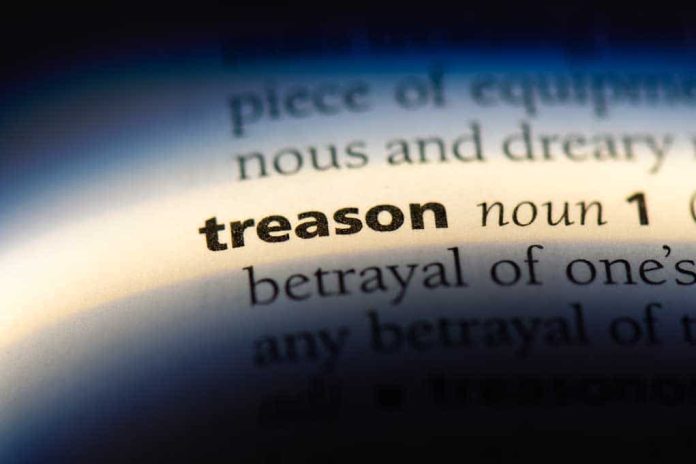 (RightWing.org) – Americans are living through some of the most intriguing and dangerous times in US history. The country is more divided than ever in the modern era, and strong forces from the Left are exerting unconstitutional power in a way not seen since the Civil War. How did America get to this point?

In 2019 and 2020, America learned the deep state was real. It wasn’t a figment of anyone’s imagination. Also known as the “administrative state,” government employees conspired within the FBI and intelligence agencies to bring down former President Donald Trump. They wielded enormous power in manipulating news and information to start the Russia collusion and the Ukrainian call hoaxes. They harassed the president at every turn to try and derail the America First agenda that threatened the Left’s agenda and existence.

Now, one must wonder if the military was in on the attempted coup confirmed by former Deputy Attorney General Rod Rosenstein, and if the Joint Chiefs of Staff Chairman, four-star General Mark Milley, went rogue and committed treason?

In a new excerpt from famed journalist Bob Woodward’s book, Peril, it seems the nation’s highest-ranking military officer did the unthinkable: he went around the President of the United States. It’s actually much worse than that. On October 30, 2020, and January 8, 2021, Woodward claims that Milley contacted his Chinese military counterpart, Gen. Li Zuocheng of the People’s Liberation Army.

Unfortunately, the allegation is not a surprise to some. On Tuesday evening, September 14, retired Army Col. Douglas Macgregor told Fox News host Tucker Carlson he was not surprised by the allegation that Milley undermined President Trump and comforted a competing nation. If true, Macgregor said the general was making policy decisions that are out of bounds for any military officer. The military doesn’t make policy; it carries out policy as directed by the president.

After hearing the news, former President Trump said it’s hard to believe Milley did these things. However, if true, Trump said Milley committed treason. The president also said he never considered attacking China and reminded America he’s the only commander in chief in recent history that didn’t get the country embroiled in a war. Trump called for Milley to resign.

The Role of Joint Chiefs of Staff

Since the Persian Gulf War in 1991, the public has become accustomed to generals by the president’s side. Gen. Colin Powell, Admiral Mike Mullen, Gen. Martin Dempsey, and Gen. Joseph Dunford are some of the more well-known military leaders we’ve seen in the spotlight over the last 20 years.

The chairman of the Joint Chiefs of Staff is the pinnacle of a military career. However, the role may not be what you think it’s supposed to be. The chairman is the primary military adviser to the president, secretary of defense, and the National Security Council (NSC). However, all heads of the military branches that make the joint chiefs are advisers.

If Bob Woodward’s account is accurate, America has a bigger problem than just the deep state — and the higher levels of the military could be in on it.

Stay tuned. This is a developing story.