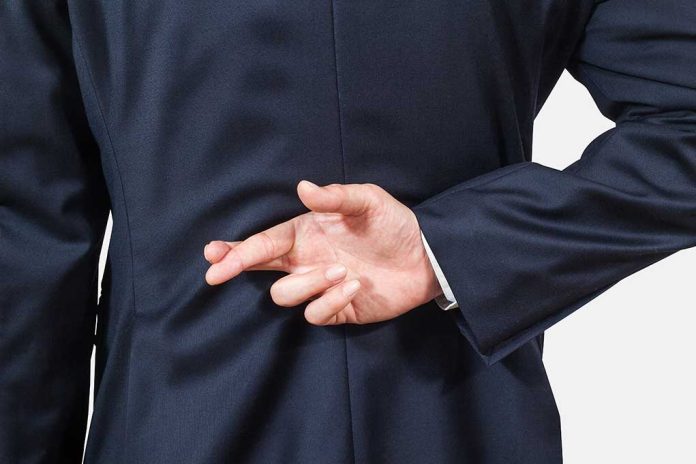 (RightWing.org) – Vulnerable House Democrats who voted for the $1.7 trillion Build Back Better bill on Friday, November 19, should be very concerned. They voted for a bill that just made them more vulnerable. For years, Democrats proclaimed from the mountain tops they intended to tax the rich, take their money, and give it to the poor through taxes. It’s a Robin Hood-esque story, to be sure.

But, what if it’s all a ruse? Did you know that the single most significant proposal in Biden’s bill is a tax cut for the wealthy? That’s right, the party of taxing the rich isn’t being square with voters. While they say one thing, they do another.

Normally, that wouldn’t be a surprise, but someone should have flagged something this obvious and blatant before Democrats voted on the legislation. It wasn’t, and the reason is the House Democratic leadership needed high property-taxed members of Congress to vote for Biden’s bill. They threatened to vote against it if they didn’t get the wealthy tax cut provision inserted into the bill. So, at the last minute, the House leadership inserted the requirement to secure the votes they needed.

So, what did the Democrats do? They offered the most generous tax cut for the wealthy in decades. After this vote, they should never campaign against tax cuts again. The plan spends $285 billion to raise the state and local tax (SALT) tax deduction from $10,000 to $80,000.

If that’s not bad enough, here’s the gimmick. Democrats set the SALT deduction increase to expire after five years to keep the perceived cost of the legislation down. The bill, as written, would reverse the deduction back to $10,000 after 2027. If at that point, Democrats are back in the driver seat, they will likely try to extend it permanently.

Democrats Hang Out Moderates to Dry

In 2017, the Republican-led Congress reduced the amount of state and local property taxes that one could deduct on their federal taxes to $10,000. The GOP argued that lower-taxed state residents were unfairly subsidizing high-taxed, liberal, Democratic-led states in the Northeast and the West Coast. Of course, Democrats in those states screamed that the measure was unfair to them, but it was an argument based on emotion, not fact. It was essentially a reverse social welfare benefit.

Over the last several months, Democratic moderates in the Senate and House drove the massive spending bill. They dwindled the semi-socialist and climate change legislation down from $3.5 trillion to $1.75 trillion. In the last go-around, the House Democrats chose not to conference with the Senate so that any bill passed would align with what Senators could agree with. The result is the Democratic leadership hung House moderates out to dry.

As the 2022 midterm primary season gets underway in January, expect Republicans to pound away at moderate House members who voted to give the wealthy a tax cut. The last-minute insertion of the SALT gimmick was the most significant and consequential piece of the legislation.

Democrats broke their promise to voters. The left-wing base is outraged over the provision. Democratic socialist Sen. Bernie Sanders (I-VT) said the increase of the SALT deduction is bad politics and policy. He stated the rich need to pay their fair share, not get a tax break. Sanders has the power to kill the provision in the Senate.

So, here we go again. House Democrats are causing chaos within the ranks. Who knows where this debacle will take us. This much is certain: it’s going to be a war inside the party.

Who will win or lose?