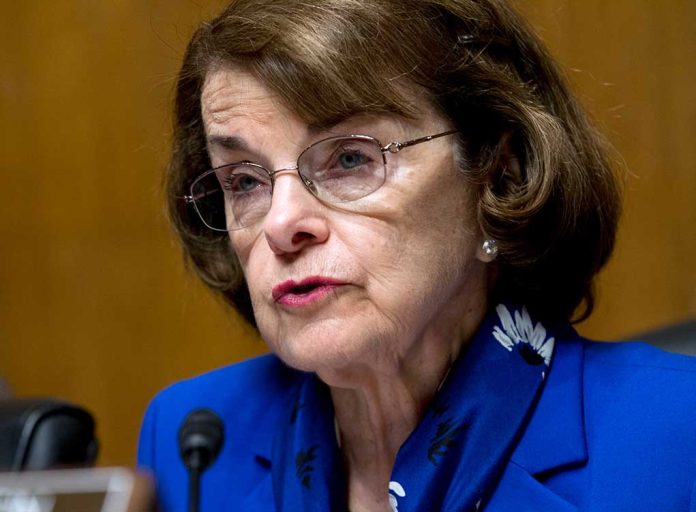 (RightWing.org) – The Democrats are trying to chop away another bit of our freedom. On September 29, Senator Dianne Feinstein (D-CA) introduced a bill that would restrict movement inside the US unless air travelers comply with vaccine and testing mandates.

As written, the bill would require passengers to have had two vaccination shots, produce a recent test certificate or prove they have recently recovered from COVID. The administration is already cracking down on those who have not received two vaccinations, so there are no guarantees legislators won’t legally require both.

Together with the mandates already being enforced by the federal government and some businesses, the bill would effectively create a two-tier society. The vaccinated would be allowed certain freedoms denied to those who refuse inoculation, effectively condemning them to a second-class existence.

Feinstein, who became notorious last year after demanding a mask mandate inside the Capitol then not obeying it herself, calls the bill the “US Air Travel Public Safety Act” and claims it’s vital to protect the US against future COVID variants.

This is another clear assault on American freedoms, and the Democrats show no signs of letting up.