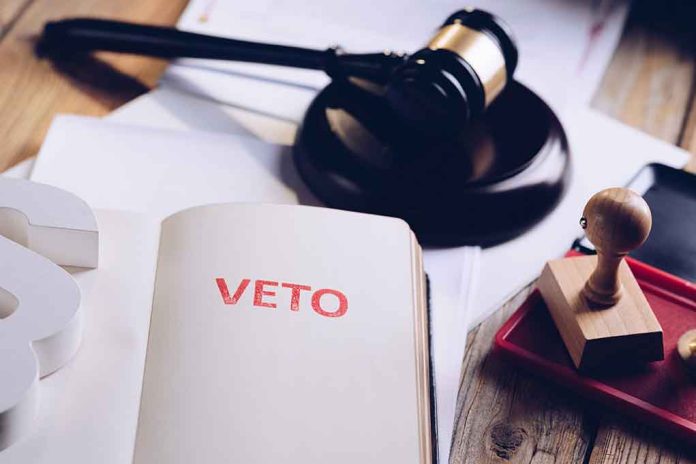 (RightWing.org) – Florida’s popular governor has just vetoed a law that would have made his state ungovernable. The Florida Legislature recently passed a bill that would have let businesses do what they wanted even when it harmed Floridians. Now, that’s not going to happen.

In March, the Florida Senate passed SB 620, the Local Business Protection Act. This law was designed in such a way that businesses could claim damages if county or municipality laws affected them — and it could have left taxpayers liable for millions in compensation to businesses like unscrupulous puppy farms.

Florida Governor Ron DeSantis (R) tried to work with the legislature to add exemptions for businesses that harmed the environment or animal welfare, but the bill went through without the changes he wanted. So, on June 24, he vetoed it.

If DeSantis had signed SB 620 into law, it would have stripped state and local governments of most of their power to regulate businesses, even when regulation is needed.

Breaking news! Despite enormous pressure from puppy mills and their pet store sales outlets to sign SB 620 into law, Florida Governor @RonDeSantisFL vetoed the dangerous legislation! With Governor DeSantis’ veto, localities can protect animals and the families who love them! 🐾 pic.twitter.com/HhVhL3XRGX

There’s an ongoing campaign in Florida to ban puppy mills, which repeatedly breed dogs in stressful conditions. Under SB 620, these unscrupulous breeders would have been able to sue a local government that banned them from operating, and taxpayers would have been forced to cover their losses. Florida Tax Watch estimated this law could have cost Floridians up to $900 million annually; with DeSantis’s veto, that bullet has been dodged.