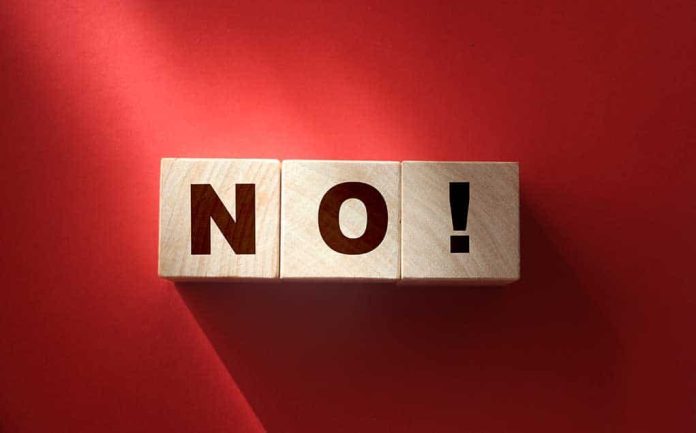 (RightWing.org) – Democrats are in favor of draconian anti-COVID rules for US citizens. Since the pandemic first hit, they’ve been cheering for mask mandates, lockdowns that have devastated our economy and now, enforced vaccination. But when it comes to applying those rules to foreign criminals, they suddenly decide human rights are important after all.

.@HouseDemocrats voted against @RepMMM’s common sense bill requiring a negative COVID test for migrants released into the US.

➡️Why do those flying into the US legally have to show a negative test, but those breaking our laws can waltz in without one?

On September 29, congresswoman Mariannette Miller-Meeks (R-IA) introduced the REACT Act (Requiring Every Alien Receive a COVID Test), which would have required Customs and Border Protection (CBP) to give border jumpers a COVID test before releasing them into the US. CBP would have detained those who tested positive until they showed clear tests.

In contrast, Americans who want to return to their own country from abroad have to show a negative test. Fully-vaccinated British and European travelers are banned from entering the US. But it seems Democrats don’t want the same standard to apply to people who invaded without documentation because the Dem majority in the House voted down Miller-Meeks’s bill – just like they did when she first introduced it in March.

In March, Miller-Meeks traveled to the southern border, months before Vice-President Harris did, to investigate the crisis there. She found the Biden administration’s disastrous immigration policies have created dense masses of mostly unvaccinated people with no social distancing, ideal conditions for the virus to spread.

Around half of CBP agents on the border have been infected with COVID, in a grim illustration of the risk from illegal immigrants, but the Democrats refuse to protect us against this huge public health threat. Yet again, illegal immigrants receive more rights than US citizens.