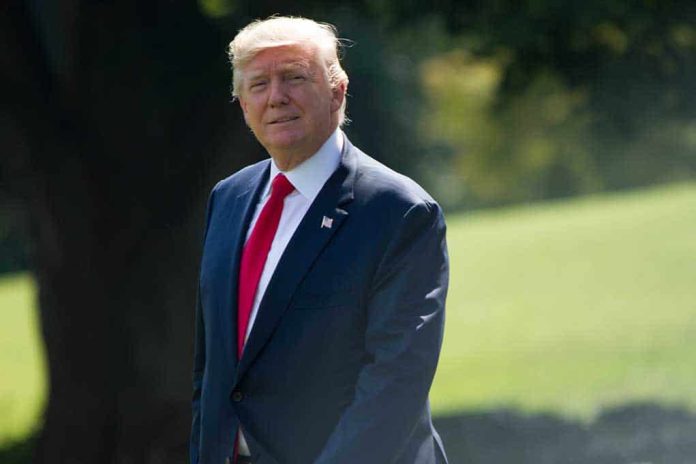 (RightWing.org) – Democrats are struggling to define who they are to voters. Are they Leftist progressives, classic liberals, or moderates? The Big Tent party is becoming smaller every election cycle, and so is the influence of Moderates and Liberals as the far-left of the party continues to coerce them. Unfortunately for them, only 25% of Americans identify as liberal as the party tries to force the country to abandon its history of historical Constitutional beliefs and moderate, pragmatic governance.

As poll after poll shows declining trust in Joe Biden and his agenda, Democratic Virginia gubernatorial candidate Terry McAuliffe is running neck-and-neck with GOP unknown candidate Glenn Youngkin. Democrats mired the state in divisive politics. Not only could the GOP retake the governor’s mansion, but they could also flip the statehouse. Without Donald Trump to demagogue on the ticket and no favorable issues for Democrats, Virginia could be a test run for Democrats as they turn to Trump-bashing and labeling every Republican as Trump light, but will it work?

It appears that voters could change the recently turned blue Virginia back to purple. Why is that? Since January, Democrats have thus far been unable to pass a single piece of meaningful legislation. Joe Biden’s radical agenda is hanging by a thread, and America is deeply concerned about the economy, jobs, and what kids learn in school.

As Virginia heads towards the election on Tuesday, November 2, it’s becoming clear they don’t intend to run on their far-left agenda. Instead, it appears Virginia Democrats are running against Donald Trump. It’s a stunning development for a party that believed voters in 2020 voted for Joe Biden and their agenda. While they demagogued the former president for four years and impeached him twice for political outcomes, the country is learning how well they had it under Trump. In poll after poll, Independents are bailing on Biden and Democrats intent on transforming America. They say they want less government, but are Democrats listening?

Democratic Strategy Is to Run Against Trump, Not FOR Their Policies

On Monday, October 26, Joe Biden stumped for Virginia Democratic Gubernatorial candidate Terry McAuliffe. The one-time governor and long-time political activist in the Clinton administration are in trouble with voters. In the last few weeks, he defended Critical Race Theory in schools and said parents don’t have a right to know what their kids learn in public schools. That backfired beyond imagination.

So, did Biden address his policies or McAulliffe’s proposals?

Not one bit. In a potential preview of the 2022 midterm elections, Biden went after Donald Trump. Never mind that Trump lost to Biden by 10 points in 2020 in Virginia, and now voters appear to be turning on Biden and his agenda, which is bearing down on Virginia voters.

So, Biden set his sights on turning GOP Republican candidate Glenn Youngkin into a Donald Trump “acolyte.” Never mind that Youngkin has no connection with Trump, he’s running a Virginia campaign on relevant issues, and is doing what Democrats thought was impossible: setting himself up to win Virginia. That doesn’t matter to Biden.

Time and again, the president tried to tie Youngkin to Trump, the January 6 riot, Trump’s position on former Secretary of State Colin Powell, and labeled the GOP candidate an extremist who “wears a fleece vest and a smile.”

If you want to know the 2022 playbook, Biden served it up on a silver platter. Democrats aren’t going to make 2022 campaigns about issues. Instead, they will try to stop the GOP from making it a referendum on the Democrat’s radical proposals and will try to frame Republicans as Trump followers. Considering the former president’s popularity among Republicans and the radical agenda by the Democrats in 2021, that’s nothing to hide from and only highlights the problems Democrats have with independent voters who will decide the elections and are breaking with Biden and Democrats.

It might be hard for Democrats to win elections on a failed record. Hold on tight, 2022 could get deeply personal for voters who back the former president’s positive agenda for America but will be labeled racists, insurrectionists, and who knows what else in the year to come.

If Democrats choose that direction to fire up their base, they may find themselves in deeper trouble with Independents and swing the enthusiasm to Republicans. Would that be such a bad thing?