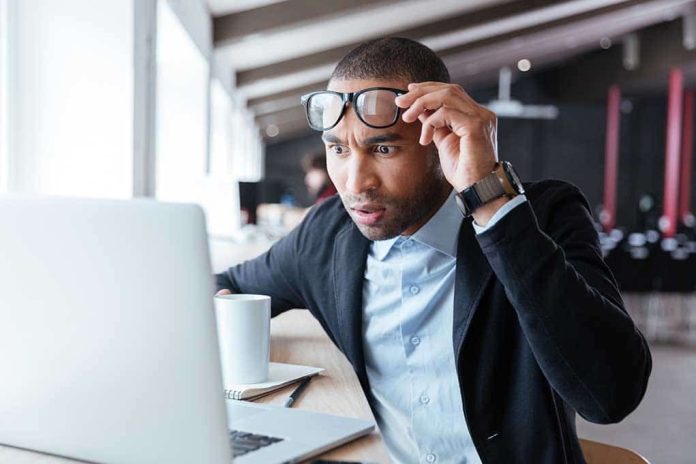 (RightWing.org) – Do the Democrats owe America an apology? For decades, the Left viciously attacked voter ID laws. At every turn, they lied and claimed that requiring proof of identification to vote was racist. Conservatives made the argument that one needs identification to write a check or get on a plane. Democrat politicians and their media cohorts rejected common sense and were more interested in race-baiting than objective facts.

Suddenly, something changed. There’s been a miraculous breakthrough. Despite decades of lies without evidence, Democrats are reversing course as it appears they got themselves into a bit of a conundrum. The sudden about-face of Democratic leaders who, out of nowhere, are embracing voter ID should expose to everyone that their allegations were manipulative, race-baiting falsehoods.

Democrats Admit They Are Manipulative Liars

Why would anyone ever trust a Democrat again, especially in the minority community? They’re changing direction faster than a rabbit running from a fox.

The sudden shift out of nowhere came when moderate Democratic Sen. Joe Manchin (D-WV) proposed adding a voter ID requirement to the John Lewis Voting Rights Advancement Act. If the party would support Manchin’s proposals and other provisions, the moderate Senator said he would support the bill.

They’re not rank and file Democrats either. They’re the heavy hitters.

It gets worse. In March, President Biden lied numerous times about the Georgia election reform law. He said that it “makes Jim Crow look like Jim Eagle” and accused the GOP of repressing minority voters. As a Senator, Kamala Harris criticized a 5th Circuit Court Judge nominee for trying to reinstate a “racist” voter ID law. The dynamic duo is suddenly supportive of Manchin’s proposal.

Say what? Do these people not know their words and deeds are recorded in newspapers and video files?

Sealing a Deal With the Devil

What’s this really about? It’s a deal with the devil. It’s all about politics. It’s pure political calculation. When one has no true core values or principles, there’s none to violate.

Manchin is THE swing vote. Democrats need him if they have any shot at passing their agenda. They’ll sell their soul if it means achieving their objectives to transform America. Voter ID was a cheap and easy target for the race card for too long. Now that voter ID helps Democrats, they’ll gladly reverse course and embrace it.

It was an insult to generations of black Americans. For decades, Democrats argued that minorities could not secure identification and were too scared to prove their identity to vote. It was a big lie. In fact, studies proved that state ID laws didn’t stop anyone from voting, let alone black Americans.

Now that Democrats acknowledge they lied for decades, will it come back to bite them, you know where?

It should. Who can trust what Democrats say anymore when their words are nothing more than manipulation devoid of any data or facts?