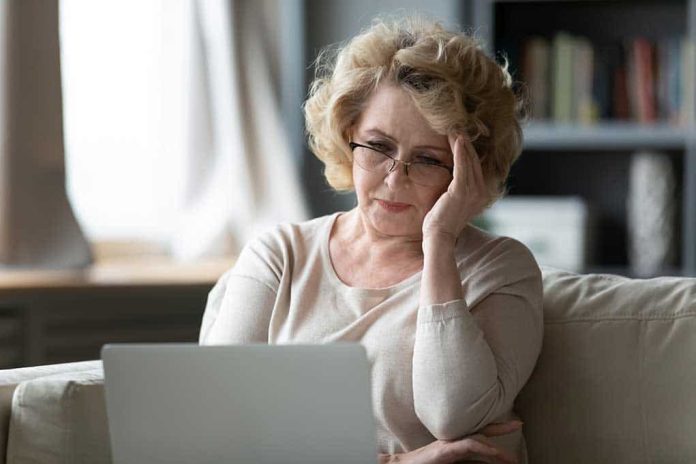 (RightWing.org) – While Democrats celebrated Biden’s victory in the 2020 election, several patterns emerged that ought to make them very uncomfortable. Perhaps it was too soon to count the chickens as it appears not all the eggs hatched in time. Even after the election, there were signs emerging that showed the future hopes of Democrats might be short-lived.

Perhaps the Left knows more about their future than they are leading on? In recent weeks, Democrats have been in a tizzy since they seemed unable to pass their agenda. As of July 4, the only meaningful legislation they passed was the American Rescue Act (AKA COVID-19 relief) in early March. They failed to pass their hostile federal takeover of elections and the infrastructure deal is in trouble as the Left tries to hijack it.

Recently, far-left firebrand Rep. Alexandria Ocasio-Cortez (D-NY) urged Democrats to pass their agenda quickly because time is running out. Now, what would make her say such a thing? Why the urgency if, as she claims, the Democrat, out-of-control free-for-all spending and socialist agenda are what America is craving?

Are the Democrats in Trouble?

Undeniably, House Democrats took a crushing defeat last November. It’s utterly contradictory that Biden won the presidency, but the House lost 16 seats to make it the smallest majority of either political party in nearly a century. Immediately after the election, moderate Democrats who barely won re-election hammered the Left after their fellow moderates were defeated over issues like defunding the police and socialism.

A new in-depth study conducted by Pew Research reveals some reasons why the Democrats should have cause for concern in 2022. Not all is as rosy as it would seem, according to the study of the 2020 election. Pew interviewed 11,818 voters, nearly 10,000 more than an average poll, immediately after the election.

The first is that the media and Democrats continually alleged that Biden locked up the women’s vote. That turned out not to be the case as Trump narrowed the gender gap. In 2016, then-presidential candidate Donald Trump lost women by 15 points. However, in 2020 he picked up 3 points.

Second, Democrats continually make a play for the Hispanic vote through immigration issues. However, that appears to be backfiring as well. In 2016, Trump earned 28% of the Hispanic voter. In 2020, that increased a whopping 10% to 38%.

Third, 43% of voters said they voted by mail. Considering many states were still locked down by Democratic governors, will that number sustain in 2022, when voters typically turn out at a much lesser rate? Mail-in voting is an unknown source of Democratic reliance since no-excuse mail-in voting requirements are being tightened in nearly half the states now that the pandemic is easing. This could explain why the Democrats are making such a fuss about the issue.

If Trend Holds, Democrats Are in Trouble

While the Democrats’ infighting continues and they struggle to pass their massive agenda to expand the size of government, Americans are experiencing the consequences of big government. Inflation, immigration, and crime are issues that the GOP is seizing on and Democrats are vulnerable. It’s so bad for the Left that they are trying to blame defunding of the police on the GOP. It’s laughable, but they’re desperate to try anything.

They are in deep trouble and they know it. In the meantime, the Squad and the far-left are upset their agenda is hanging by a vine. It wasn’t supposed to be this way if you’re them.

It’s hard to imagine a better scenario for conservatives at this point.