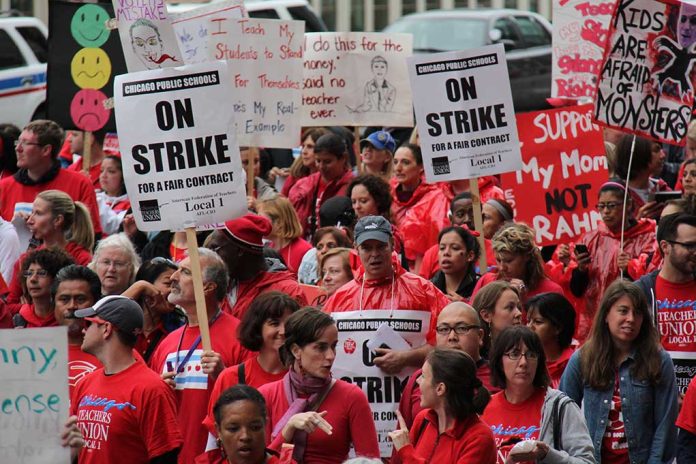 (RightWing.org) – Nearly 57 million Americans work as independent contractors, freelancers, and gig workers. They choose to do so because of the flexibility it affords them as well as the generous pay in many instances. Now, their chosen work is under direct threat from Democrats in Congress and President Joe Biden, who are set to pass a radical plan to pay back unions for their support in the 2020 election.

The “Protecting the Right to Organize Act,” or PRO Act as it’s referred to, states that it will “dramatically enhance the power of workers to organize and collectively bargain for better wages, benefits, and working conditions.” It’s the most pro-union legislation since 1947, and it seeks to undo many of the “right to work” laws passed over the last few decades in numerous states.

If Passed, It Could Be the End of the Gig Economy

In order to achieve the objective of allowing workers to unionize, the bill would force companies to hire independent contractors full-time, and therefore provide them with salaries and benefits. It would kill freelancers and gig workers, and outlaw their freedom of choice in how they work.

However, there are other devastating consequences as well. Forcing businesses to hire full-time workers and provide them benefits could force businesses to close permanently. Some companies, such as Uber, don’t operate on a profit as it is, and hiring a driver would end their business immediately.

House Speaker Nancy Pelosi (D-CA) recently stated that “with American workers seeing their lives and livelihoods devastated by the ongoing pandemic and economic crisis,” the bill was needed more than ever.

There are several flaws with this line of thinking. First, it wasn’t the pandemic that caused the economic crisis. The economic problems were created by Democratic governors who harshly lockdown their states and destroyed entire industries, especially in services such as restaurants, hotels, and travel.

Second, the bill isn’t needed. It’s wanted by Democrats to pay back union bosses for their support who need traditional business models to exist into the future. These workers are generally paid very well to be their own boss, work their own hours, according to their unique needs. They don’t want a traditional 9-5 job that this bill would force them into, and they don’t need protection from big businesses.

Will the Legislation Pass in the Senate?

The bill is modeled after California’s AB 5, which was rejected and overturned by voters in the Golden State who didn’t want its destructiveness to their livelihoods. The bill is highly unlikely to meet the 60 vote threshold in the US Senate and will likely die. However, what the bill does is continue to show the reckless far-left agenda that Democrats are trying to push on America.

It goes to show that Democrats don’t care what workers want. They care about what union bosses demand to keep their voting block shored up for elections to come.