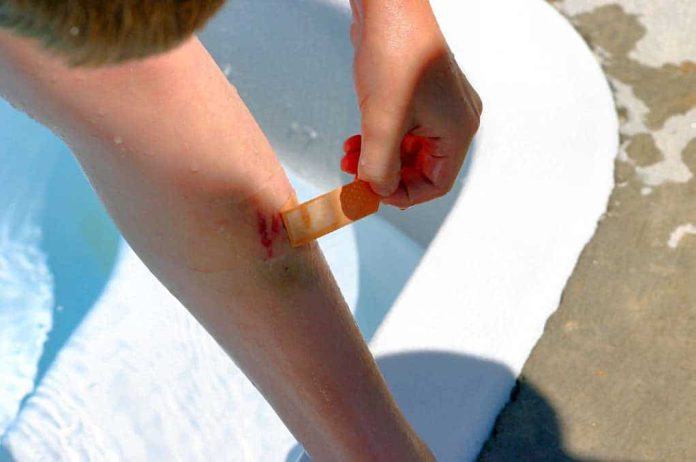 (RightWing.org) – It didn’t take long for Democrats to rip off the healthcare Band-Aid and expose how challenging it’s going to be to pass their $3.2 trillion partisan reconciliation bill. The first stop on the journey to potential failure is healthcare. There are significant differences between the House and Senate on the issue, and it’s just one legislative hurdle that Democrats need to unite on to pass the massive legislation by the self-imposed September 30 deadline.

On the one hand, House Democratic leaders want to shore up the Affordable Care Act (ACA), aka, ObamaCare. On the other hand, the left-wing House and Senate Dems want to expand Medicare. There isn’t enough money for both. It’s uncertain, if moderate Democrats hold the line, if there may not be enough money for even one. The wound is ripped open, and there’s no going back as frustration levels among the Left rise.

On Wednesday, September 8, rumors circulated that Democratic moderate Sen. Joe Manchin (D-WV) would only consider a bill between $1 and $1.5 trillion instead of the $3.5 trillion on the table right now. House Speaker Nancy Pelosi (D-CA) and Senate Majority Leader Chuck Schumer (D-NY) rejected Manchin’s call to pause the process and consider the plan’s cost.

If that isn’t enough, cracks in the plan are beginning to show. The House and Senate are working independently and expect to come together in the next few weeks to iron out differences.

The House leadership is focusing on expanding ObamaCare. That’s not sitting well with the Left, who argue in both chambers that they have compromised enough by backing down on Medicare-for-All and lowering Medicare’s eligibility age from 65 to 60. Rep. Jamila Jayapal (D-WA) says ObamaCare did some good things, but she wants full-blown government control of American healthcare. The head of the House Progressive Caucus said giving subsidies to healthcare companies isn’t the answer.

However, Pelosi and her team see a different picture as the House Ways and Means Committee marks up the legislation. The Speaker sees dollars freed up to expand ObamaCare and cover two million uninsured Americans on Medicaid in Republican states that didn’t sign onto the ACA. Resolving the matter won’t be easy, but Pelosi believes the votes are there for her plan. Nonetheless, a bloodbath is possible when the full House debates, amends, and votes to pass a bill.

Then, there are the Senate Democrats. Will they go along with the House, considering they need all 50 Democrats to vote in unison? It seems unlikely given Manchin’s and Sen. Kyrsten Sinema’s (D-AZ) hardline stance on the reconciliation package’s scope, size, and cost. Will they force a healthcare proposal down even more?

If they do, there aren’t any options for Pelosi or Schumer. They don’t hold the power if they want to pass something. It’s all tied up in Manchin and Sinema’s hands.

If Democrats want a bill on Biden’s desk this fall, good luck to them. Nothing is impossible, but at the moment, it seems improbable. Healthcare isn’t even the most divisive issue. Climate change, immigration laws, family leave, and much more are still on the table. Plus, the Senate parliamentarian is sitting out there to enforce Senate rules of reconciliation. It’s almost a given some of the legislation will get stripped by the parliamentarian due to Democratic overreach.

If Democrats ultimately pass something, and that eventuality is debatable, the battle over healthcare will deepen existing wounds and open new ones. There are several questions Democrats will need to answer over the coming months:

The future of the bill is uncertain. What isn’t is the damage the Left is doing to the party. Some will dismiss the divisions as normal until the cracks become gaping holes.

Right now, there are more questions than answers.