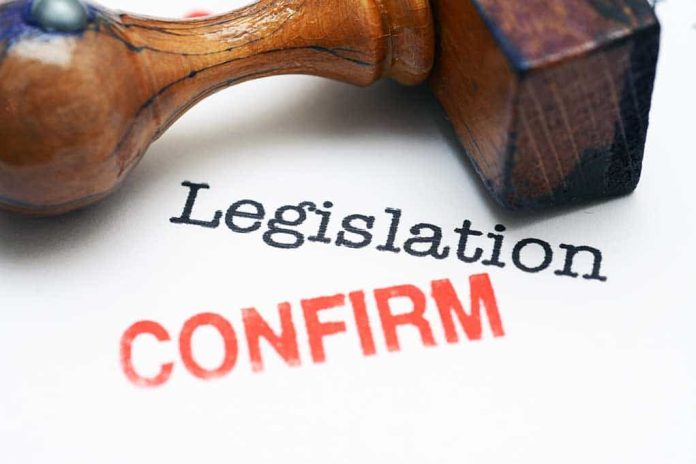 (RightWing.org) – Is there no end to the madness of Congressional Democrats? It’s obscene the amount of left-wing legislation coming out of the Democratic-led Congress in just three short months. Through legislation, the Left is trying to force gender identity, nationalize elections, radicalize the Supreme Court, put America on the road to more government dependency, and spend trillions of dollars with more spending on the way to make it happen.

Over the last year, democrats became the party of election devastation, riots, open borders, defunding the police, and free this and that. If all of that isn’t enough, they want to make Washington, DC, the 51st state. However, there’s a good reason it’s not a state and shouldn’t become one. However, on Thursday, April 22, that didn’t stop Democrats from passing a bill out of the House on a party-line vote and sending it to the Senate.

Ram the Bill Through

On Wednesday, House Speaker Nancy Pelosi (D-CA) and House Majority Leader Steny Hoyer (D-MD) offered a feeble attempt at justifying the radical move that is clearly political. They claim the purpose of the bill is to ensure residents of the District of Columbia are equal citizens.

What? Say that again…

For one, that’s a ridiculous statement. The US Constitution affords DC residents the same rights as every American who lives in one of the 50 states.

According to Republicans, it’s nothing more than a ruse to ensure that Democrats get the upper hand in determining who controls the US Senate in an evenly divided country. Every state gets two US Senators. However, not the nation’s capital unless they can carve a new state out of it.

In the House, Democrats rammed the bill through on a party-line vote over GOP objections. Regardless of what happened in the House, there’s virtually no chance it will pass in the Senate without 60 votes. That’s one of the reasons Hoyer and other Democrats called for the elimination of the Senate filibuster. However, the consequences of removing it are steep, and at least three Democrats right now are against their party eliminating it.

Why Is DC Statehood Wrong for America

Partisan politics aside, it’s a terrible idea. The founding fathers never intended for the nation’s capital to reside within a state. Each is a sovereign entity with its own purpose and function. It was also never meant to be a place where people resided. It’s the seat of the national government and was meant to operate as such.

There are also legal questions. The land to establish the capital was ceded to the federal government by Maryland. By right, it belongs to them and would require an agreement between the state and federal government. Article IV of the US Constitution does not allow the creation of a new state from another’s land.

Making DC a state is a complex issue fraught with legal and Constitutional questions. Democrats underplay the issues as they seek to expand their numbers in the US Senate. If one gets down to it, that’s what this is really about. They want to be guaranteed power. The district is 90% Democrat.

If the issue was really about fairness, as the Dems claim, would they be pushing this if the district were 90% Republican and it guaranteed the GOP two seats?