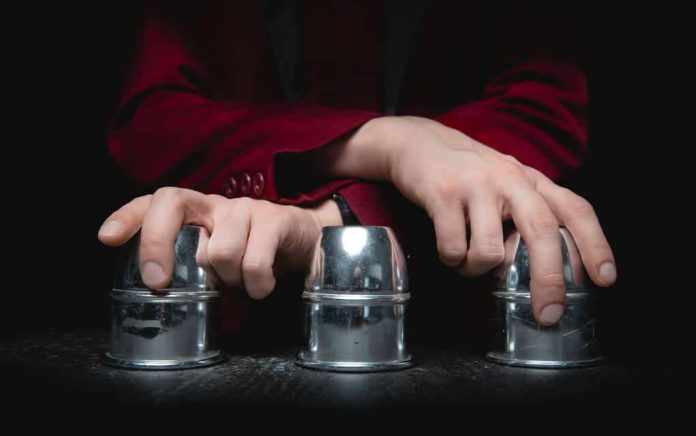 (RightWing.org) – It appears the Left will try just about anything to push its agenda. On Monday, July 26, the talks to secure a $1 trillion infrastructure bill broke down. Democrats and Republicans continue to publicly say a deal is close, but it doesn’t appear that way as one side alleges the other is trying to pull a fast one. It’s another snag in negotiations that have been ongoing for weeks. It’s entirely possible that Joe Biden’s signature legislation is in deep trouble.

The bipartisan deal to secure a $1 trillion infrastructure deal to improve airports, roads, rails, water distribution, and other traditional infrastructure is in jeopardy. GOP Senators say the Democrats are disingenuous and dishonest. At the last minute, Democratic Senate chairmen injected themselves into the negotiations. Republicans said Democrats and the White House are trying to reinsert leftist agenda items into the bipartisan deal that the GOP believed was already settled. The Democrats, of course, deny the charge.

While the bipartisan deal blows in the wind and faces potential failure, Biden’s $3.5 trillion partisan push to fund a massive expansion of government is also in jeopardy. Senate Majority Leader Chuck Schumer (D-NY) and the White House are growing impatient to pass a deal with Republicans so they can get moving on their leftist agenda to overhaul healthcare, education, immigration, college, and climate change.

Democrat leaders are intent on transforming America without the bipartisan deal, but moderate Democrats likely won’t vote for the partisan reconciliation plan. In an evenly divided Senate, passing large and consequential legislation is incredibly difficult when compromise is off the table.

That’s why passing an infrastructure bill is going to be nearly impossible. The late Sen. Michae Enzi (R-WY) often encouraged lawmakers to focus on the 80% of legislation lawmakers could agree on and discard the other 20% that stood no chance of passing. Those wise words are ignored by the Left, who want it their way or no way at all. They continue to focus almost exclusively on the 20%.

On Monday night, July 26, moderate Sen. Joe Manchin (D-WV) put his colleagues on notice. He warned that if Congress doesn’t pass the bipartisan deal, he can’t see how the partisan deal gets done. He argued that one of the bills is not more important than the other.

The truth is the fight is all about the public image. Passing a bill now at $1 trillion and another later at $4 trillion is still $5 trillion. However, by the time Democrats pass the more expensive legislation, voters will have forgotten about the smaller one. It’s all about packaging and presentation. Democrats could undoubtedly roll the bipartisan bill into their reconciliation proposal, but the perception of the high cost and pure partisanship won’t sit well with the country. It would be a public relations nightmare.

That’s the principal reason why Democrats want the bipartisan bill. It isn’t to suggest they can reach across the aisle. They are covering their tail ends with voters concerned about out-of-control government spending and overreach. It’s a balancing act they were never going to achieve.

The Left knew the problem facing the party, so they advocated for going all out on day one. Muscling through controversial legislation was the only feasible way to pass it. At this point, it’s 50/50 if any legislation will pass. Both bills were always a gamble on the Democrats’ part.

In the end, the GOP may get its way and save America a lot of hardship. Of course, nothing is done until it’s done.