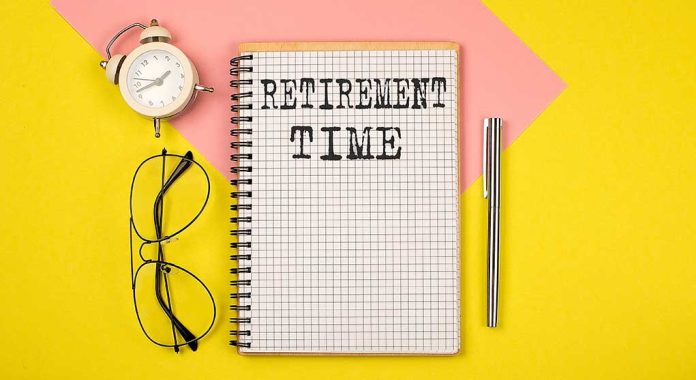 (RightWing.org) – It’s only a few months into the new Congress, and concerns are already growing among liberals that the Senate could flip to the GOP in 2022. That’s creating urgency to pass a flurry of far-left legislation. It’s also causing discomfort for leftists concerned about the future of the Supreme Court, where justices receive lifetime appointments.

One of former President Donald Trump’s lasting legacies was the reshaping of the Supreme Court. In just four years, he appointed an astounding three justices to the high court. Perhaps none of them was as consequential as replacing the left’s icon, Ruth Bader Ginsburg (RGB), with a solid conservative. Now, liberals suggest they no longer find Justice Stephen Breyer useful, and they want him to retire immediately.

For decades, the Left tried to pass controversial legislation. However, they can rarely do so. As a result, they turned to the courts to act as a semi-legislative branch to enact their policies. That no longer works because Donald Trump overhauled the federal courts with the appointment and confirmation of a record number of conservative judges and a 6-3 conservative majority on the Supreme Court.

In a New York Times op-ed by University of Colorado Boulder law professor Paul Campos, he argues that Justice Breyer shouldn’t go the path of former Justice Ruth Bader Ginsburg. During the Obama years, RGB refused to retire. However, last summer, she passed away. As a result, Trump was able to nominate conservative judge Amy Coney Barrett to fill her seat on the high court.

There is a lot at stake for Democrats. Breyer is the oldest member of the court at 82. At his age, Campos argued that he’s “making a similar and arguably even more egregious mistake” than RGB.

What Are Campos’s Concerns?

Campos expressed several concerns. In the short-term, if an elderly Democratic Senator passes away, faces a health crisis, or leaves office for another reason, the Senate will likely change hands and put Sen. Mitch McConnell (R-KY) back in charge of the Senate. Thus, it would block the nomination of a far-left nominee to the Supreme Court if a seat opens up.

If Breyer waits and the Senate flips in 2022, McConnell could pull a “Merrick Garland” and force the Senate to wait on confirmation hearings until after a 2024 presidential election.

Of course, the decision is entirely up to Justice Breyer. He’s never spoken of retirement, and all indications imply he plans to continue serving on the court as long as he can.

Since when was that important to Democrats?