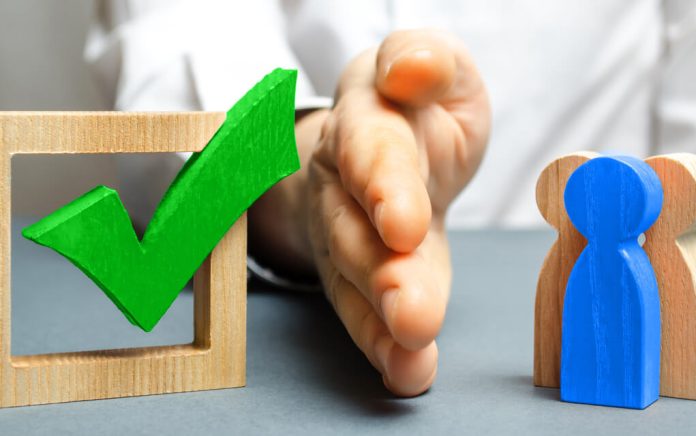 (RightWing.org) – Progressives may be learning a powerful but frustrating message — America is not a center-left or far-left country. Over the last six months, Democrats tried to take advantage of their razor-thin majorities to pass an expansive social and climate change reform bill. The agenda was so radical that even liberal members of Congress tried to whittle it down. However, Moderates run the show in an evenly divided Congress, and ultimately, they undercut much of the progressive wishlist.

Don’t misunderstand. The legislation is horrible for America, even in its pared-down form. Despite that reality, the Senate will whittle the legislation down once again after the House refused to work within the White House’s framework designed to help it pass in the Senate. At least one more time, House socialist Democrats will eat crow whether they like it or not.

The process to pass a social and climate change overhaul actually began long before Biden took office. In the summer of 2020, Biden agreed to a manifesto with radical social democrat Sen. Bernie Sanders (I-VT). At the Democratic National Convention Committee (DNC), Biden agreed to the extreme social and climate change proposals wanted by Sanders. It was in the party platform that most, if not everyone, didn’t pay any attention to at the time or afterward.

By the time Biden took office in January, Republicans had cut deeply into the House Democrat’s majority. Two Georgia Democrats flipped Republican Senate seats as numerous GOP voters sat out the election over voter fraud concerns, and Sanders was made the chairman of the powerful Senate Budget Committee – a frightening prospect for the overwhelming majority of Americans.

With Sanders at the helm, the initial Build Back Better agenda was $6 trillion. The White House and majority of Senators overrode that due to the excessive cost. Yet, Sanders maintained that it was needed but was willing to compromise to $3.5 trillion.

A lot of infighting later, Sens. Joe Manchin (D-WV) and Kyrsten Sinema (D-AZ) whittled the bill down to the $1.75 trillion amount passed by the House on Friday, November 19.

As inflation continues to grow and concerns mount about government spending and its proportionally significant role in hurting the US economy, Manchin continues to stand his ground. Some believe that he signaled he might be more cooperative over the last week, but we’ve seen this dance by Manchin before.

The West Virginia Senator has been consistent about several issues that Democrats continue to ignore. The House’s attitude is defiance. They slipped in several things previously stripped out and played games with the cost through accounting tricks and gimmicks. The Congressional Budget Office (CBO) analysis of the legislation on Thursday acknowledged it was hard to pin down the actual cost of the bill because of the accounting fraud measures utilized.

Manchin is likely to strip Medicare expansion out of the provision. He did it previously, stating that the government healthcare-run program would go insolvent by 2026. Why, he asked, would anyone vote to expand a program that is failing? Before adding to the problem, the Senator said Congress needed to shore up the program first.

Manchin doesn’t support government-paid leave of workers in this legislation. He says it has no business in a partisan reconciliation budget bill and should negotiate with Republicans through the regular legislative process. Climate change is the heartbeat of the progressive movement, and Manchin is from a conservative energy-producing state. He is deeply concerned that the country can’t meet its energy demands on renewable energy alone, and is against several of the provisions in the bill that subsidize the green energy industry and fine energy companies that don’t meet the Democrats’ benchmark.

Manchin previously stated he doesn’t mind if the bill dies. Democrats should believe him. Ultimately, he is a Democrat who will likely vote for something, but that something won’t go far enough for the Progressives and Socialists.

It’s even possible the bill could be pared down even more due to Manchin’s concerns about government spending and inflation. So, we’ll have to watch in the coming days as the Senate prepares to prioritize the Build Back Better semi-socialist and climate change bill over more important matters such as the debt ceiling and the federal budget that they keep pushing off.

Stay tuned. The interesting negotiations are about to begin.