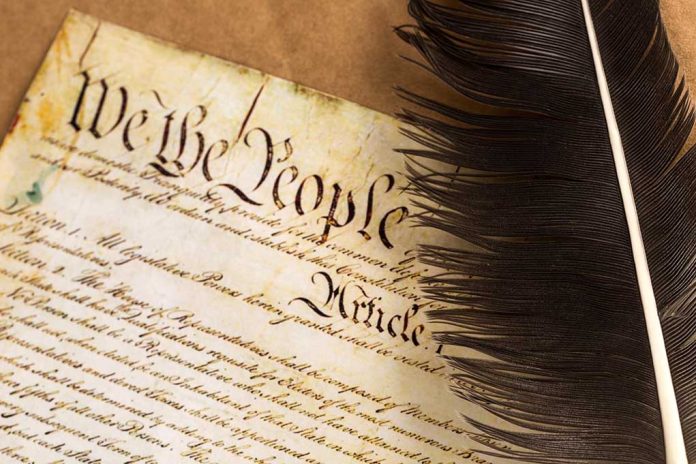 (RightWing.org) – There is no way to explain what happened to the US over the last 20 months. Well, maybe there is one explanation. Has the educational system let America down so badly that we lack a basic understanding of why our ancestors broke free from King George III or why the framers wrote the Constitution the way they did? No one would say that public safety isn’t important. Yet, no one should blindly accept the government taking advantage of a pandemic to grab power from the people and violate its governing document.

In 2020, there were numerous instances of massive government overreach at the local and state level. Some of the most egregious violations of the US Constitution centered around religious rights after governments shut down or eliminated church services. Could it get any more egregious? If you thought it wasn’t possible, think again. A former Obama cabinet member believes the United States should lockdown unvaccinated citizens and restrict them to their homes.

What Are People Thinking?

In 1787, Congress ratified the US Constitution. They designed it to protect the people against a government that could grow wildly out of control. Most people don’t realize that 7 of the 10 amendments in the Bill of Rights instruct the government on what it cannot do.

The entire premise of the American experience is to limit the influence of government on people’s lives. Yet, Democrats continually want to exert more government power over the people. For example, why does the government need to know every time $600 or more comes in and out of your checking account? They claim it’s to monitor against tax evasion. Well, the Constitution says the burden is on the government to prove it.

In 2020, local and state governments discriminated against churches and religious people. In New York, California, and Nevada, governors restricted churches to 10 people in a worship service; in other instances, they weren’t allowed to practice their faith at all. Yet, governors allowed big-box retailers to conduct business. Going into 2021, the US Supreme Court ruled the states violated the Constitution. The justices stated that despite a pandemic, the Constitution did not cease to exist. There’s this little provision called freedom of religion.

This lesson shouldn’t have been hard to understand. It’s civics 101. Yet, Liberals who think with everything but their brains weren’t aware of this or chose to ignore it.

In Austria, the government is executing an unvaccinated lockdown. It’s enforceable through police coercion and massive fines against unvaccinated citizens. It’s a true statement that the US Constitution is the most unique document in the world. No other democracy protects citizens from government overreach like our governing document.

Unfortunately, some are blind to this reality. Former Education Secretary Arne Duncan tweeted that Austria was on to something, insinuating that the US should follow Austria’s lead.

If you a danger to yourself and others, you must remain at home.
If you aren’t, you are free to roam around the country.
Austria is onto something… https://t.co/sUcHlu7dVW

This is the same person who oversaw the US Education Department. No wonder our educational system is a mess. Our leaders either don’t know the limit of their own power, or they choose to ignore the Constitution.

On Friday, November 12, the US Fifth Circuit Court affirmed an earlier decision to place a stay on President Biden’s workplace vaccination mandate. The court stated the order is “fatally flawed.” Is Duncan unaware that courts are looking at Biden’s actions as lawless? It seems that way since he’s advocating for another form of discrimination against unvaccinated Americans.

Liberals think so much with their hearts that they fail to see their worldview’s legal and Constitutional ramifications. Many may have good motives, but they clash with the rule of law. Furthermore, they are contradictory. It’s hard to understand how Progressives claim to fight for anti-discrimination laws when they can’t see their own discriminatory thinking. So much for social justice. It must only apply to a few in their minds.

Fortunately, Duncan’s idea was just a tweet that most Americans will dismiss. Yet, it’s worth discussing America’s history and the role of the Constitution in protecting American liberties. Without them, could you imagine the police state we would be living in today? It’s unimaginable.

We should thank God that we live in America every day, where the government has restrictions on its powers.