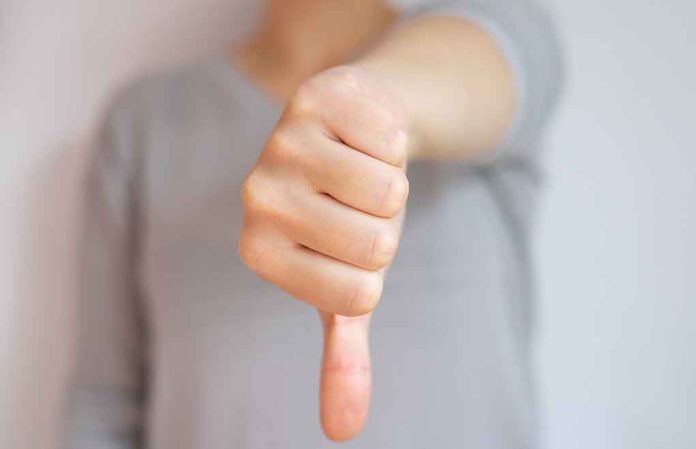 (RightWing.org) – It’s impressive the lengths Democrats will go to stubbornly provide some form of amnesty to illegal immigrants who broke US law. Since 2000, the Democratic playbook for long-term political success involved illegal immigration and growing Hispanic numbers to ensure a permanent Democratic majority. It appears there are real cracks in that thinking. Nonetheless, Democrats still appear keen on allowing some migrants to break the law and not others.

On Thursday, December 16, Democrats were dealt another blow in their plans to reward millions of illegal migrants in the budget-busting $1.75 trillion partisan social and climate change Build Back Better plan. For the third time in six months, Senate parliamentarian Elizabeth MacDonough said the immigration proposals included in the partisan reconciliation budget tool ran afoul of Senate rules. Of course, Democratic House and Senate leaders knew it, but they hoped to introduce tweaks to win MacDonough over. Their plan failed miserably.

Parliamentarian Holds the Line and Catches Sneaky Dems in a Trick

Reconciliation is a unique Senate process that allows the upper chamber to pass a federal budget with a simple majority. The original intent of reconciliation was to ensure Congress could pass a budget without threatening a filibuster that would limit the government’s ability to meet its financial obligations. Lawmakers can use the budgetary procedure once per fiscal year. All other legislation that is not budgetary is subject to the regular point of order and a 60-vote threshold.

Democrats slipped in a provision trying to shield approximately 6.5 million illegal immigrants from deportation for 5 years and granted a 5-year renewable work authorization to those arriving in America illegally before 2011. Democrats tried to argue with MacDonough that immigration is a budget issue, but she didn’t buy their argument.

The parliamentarian’s objection was to multiple parts of the immigration proposal allowing some illegal immigrants to obtain green cards and restricting the government from rejecting immigrants who didn’t qualify for the program. Hence, there were no restrictions for those who entered the country after 2011. It was a ruse they tried to sneak in, allowing all illegals to obtain green cards, but they got caught.

MacDonough stated, for the third time, the proposal was a substantive policy change with lasting effects that outweighed the budgetary impact. Therefore, any changes to immigration law must happen under a regular point of order and be subject to the 60-vote threshold. Democrats can’t use reconciliation to institute reckless and radical policies.

Without bipartisan support, the measure is dead. Democrats say they intend to find another way, but their stubbornness will likely lead them to continued frustration.

Here’s a little fact about Hispanic voters: It’s not working out for Democrats. It appears the Democrats’ bribes and identity politics aren’t working. Democrats are bleeding Hispanic support, and the leading architect of the scheme to bribe them says it’s time to change gears before Democrats become a minority party.

If trends continue, the Left may be in deep trouble.