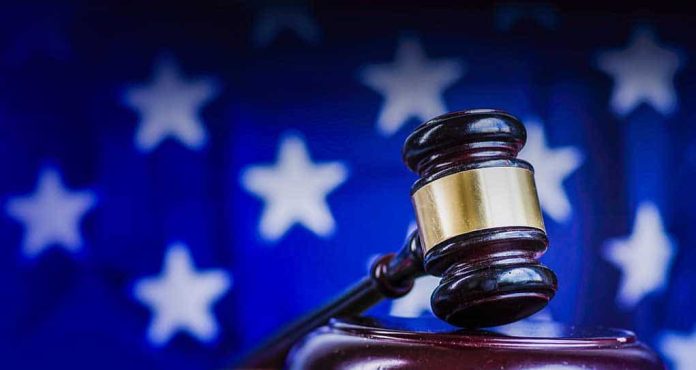 (RightWing.org) – On Wednesday, August 18, two remarkable things happened in America. The usually reliable conservative US 5th Circuit Court of Appeals ruled on a first of its kind prohibition of an abortion procedure, overturning a three-judge panel’s ruling last October. The order means that a new Texas law can start on September 1 that bans doctors from using suction and forceps during second-trimester abortions.

What Was in the Ruling?

In October 2020, a three-judge panel of the 5th Circuit Court ruled that the new Texas abortion law “unduly burdens a woman’s constitutionally protected right” to an abortion before fetal viability. However, the full court of 17 federal judges disagreed. Nine judges decided that the plaintiff’s attorney failed to prove the law “imposes an undue burden on a large fraction of women in the relevant circumstances.”

Advocates of the law say it will prevent “dismemberment abortions” and place restrictions on the procedure to “promote the state’s interest in preventing fetal pain.”

This decision, and others like it, set the stage for an epic showdown in the US Supreme Court. Ultimately, individual rulings against abortion practices could lead to a wholesale overhaul of Roe V. Wade.

Whole Woman’s Health was the lead plaintiff in the original October 2020 case. At the time, it argued the ban sought to cut off access to abortions, suggesting Texas laws prevented patients from getting the best care possible.

Planned Parenthood CEO Alexis McGill also stated the law discriminates against minorities and the poor, citing a woman’s right to choose and the inherent right to control one’s own life.

That ought to sound familiar.

Democrats continue to use coercive measures to force unvaccinated individuals to get the shot against their wishes. Yet, the best argument the abortion industry can come up with is discrimination and a women’s right to choose? Their words ring hollow.

In recent weeks, President Joe Biden issued an edict that all federal employees must get the vaccine or face the consequences. The commander-in-chief also threatened to pull federal funding from businesses for the same reason. Not long after, companies began issuing their own mandates for employees.

Numerous Democratic-led cities got in on the action by requiring vaccinations before individuals may dine out, attend an entertainment venue, or enjoy their lives — at least outside of the four walls of their home. If the DNC-backed abortion industry message seems a bit hypocritical, that’s because it is.