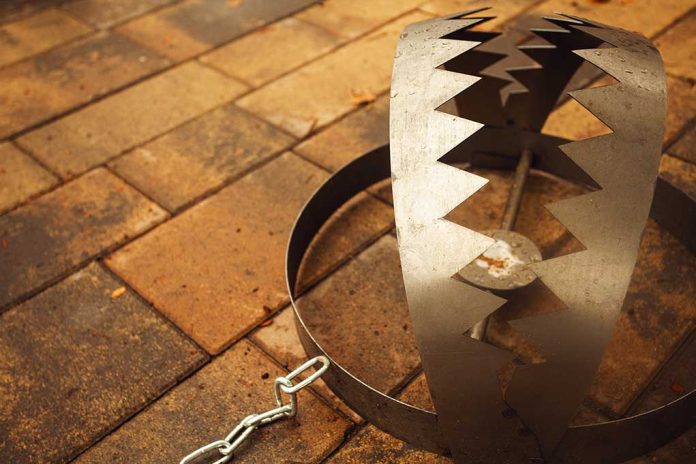 (RightWing.org) – Over the last four years, Democrats began an orchestrated process to remove President Donald Trump from office. The story is now long and old. However, there is something new brewing, and it’s designed to set up conservatives and Republicans. It has concrete goals, and you should be aware of the trap.

In the wake of the January 6 riot that overtook Capitol Hill, the noise is being amplified about supposed conservative misinformation and violence. In fact, tens of thousands of National Guard soldiers are being deployed across the country to protect against so-called conservative armed protests during the days leading up to the inauguration.

Now, more than ever, Democrats want to make a political point. They want you to be quiet and allow them to begin the process that Barack Obama set out to achieve in 2008 – fundamentally transforming America.

However, as with all things, there’s a time to engage and time to disengage. With all of the media disinformation, it’s easy to get caught up emotionally and get suckered into a trap that hurts both you and the conservative movement — which is exactly what the left wants.

On Thursday, January 14, FBI Director Chris Way warned that online chatter suggested armed protests are likely from this weekend through next Thursday. However, law enforcement is not providing details about who these people are or their motives. Their warnings don’t mean that conservatives are the ones behind the potential threats. Leftist groups could be the primary form of chatter for all we know.

Additionally, left-leaning news outlets are reporting that pro-Trump groups are planning a second act. However, they also acknowledge that the threats aren’t clear and are unverified.

So, what are we to believe?

What They’re Not Telling You

It’s also uncertain how many people know about the president’s recent statement saying those who commit violence don’t represent him or the MAGA movement. He said he represents peace, law, and order. Trump further said those who participate in riots are attacking the MAGA movement and the country. The president added that, no matter what side of the political aisle one is on, there is no excuse for riots, destruction, or harm to people.

Of importance, the Commander-in-Chief emphasized that if anyone participates in their right to protest leading up to the inauguration, it must be peaceful, laws must be followed, and law enforcement directions must be followed.

Is it possible that some who claim to be conservatives could participate in questionable or even unlawful activities? Of course it is. However, they are acting in isolation among others who may join them. It’s not an organized effort by mainstream conservative groups.

Stock Up and Stay Home

If you live in a major metropolitan area or near a state capital, please follow President Trump’s direction. We encourage you to stay home during the days leading up to the inauguration. Stock up on your favorite foods and spend some time with family and friends.

Is it worth getting caught up in something that could be a setup to smear you and conservatives?

There will be plenty of time to express your views peacefully. There will be many opportunities to challenge Democrats in the future peacefully, and most importantly, win the House and Senate in 2022.