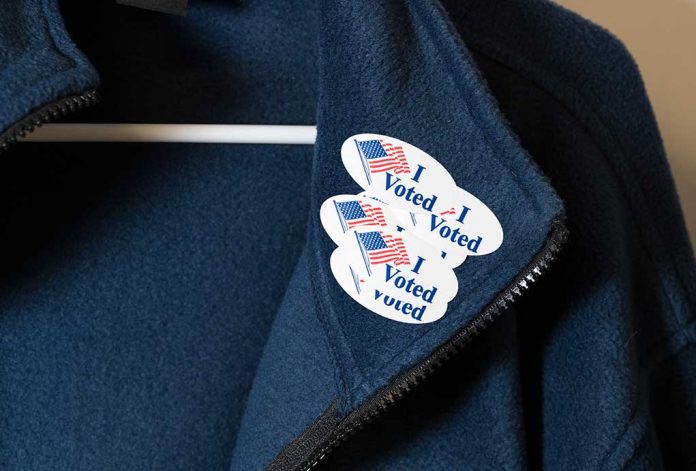 (RightWing.org) – Republicans have sponsored at least 114 new state election laws in 41 states as of the end of July in response to the highly contested 2020 general elections. At the same time, Democrat lawmakers in Washington, DC, are attempting to pass two so-called voting rights bills as part of an effort to thwart those Republican efforts. However, a recent local election in California could provide a preview of coming attractions if Democrats succeed.

On August 13, Los Angeles District Attorney George Gascón announced the arrest of Compton city council member Isaac Galvan and five other individuals for conspiracy to commit election fraud during a June runoff election he won by only one vote.

According to the criminal complaint, Galvan conspired with Jace Dawson, one of his Democratic opponents from an earlier primary, to secure enough votes for Galvan to retain his seat on the city council. Although they lived outside the district, the other four conspirators registered to vote using Dawson’s home address.

In response to DA charges in City of Compton election fraud case:
Los Angeles County recognizes the importance of election integrity and today the message is clear: if you attempt to disrupt or cheat in the elections process, you will be prosecuted.

Galvan faces an additional count of attempted bribery with the intent to influence an election. Prosecutors allege he attempted to bribe an election official as she counted ballots the night of the election.

The prosecution of a Democrat in a blue state like California raises hopes for the future integrity of elections and the equal application of justice regardless of party affiliation.