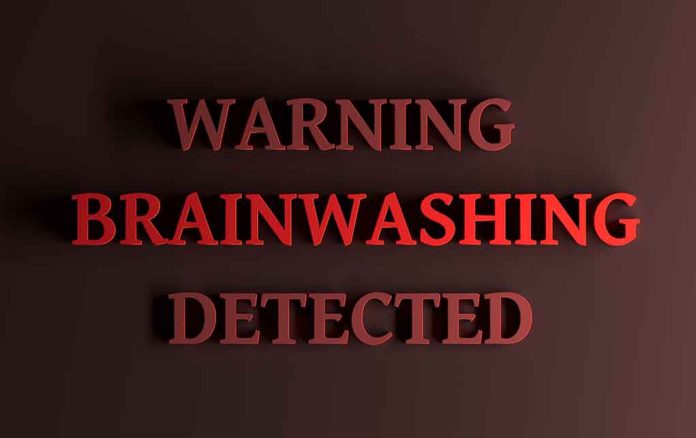 (RightWing.org) – Nobel Laureate Economist Milton Friedman argued that studying the supply of money was much more important than understanding the demand for it. In doing so, he created a new way to think about money and the government’s influence on policy issues like inflation. Friedman proved that if the government doubles the money supply, prices will double. Why? Because, ultimately, people will have more money, and they are always trying to get rid of it.

Over the last six months, you likely spent more money on everything from gasoline to groceries and beyond. Virtually everything you buy is now more expensive. In 2020, Congress and the Federal Reserve flooded almost $7.5 trillion into the economy, and it’s nearly a rinse and repeat in 2021. Both Clinton and Obama Treasury officials argued that the unprecedented government spending is the root cause of inflation that is likely to be long-term. Still, Democrats argue that spending trillions more will solve the problem.

In 2020, Congress added over $5 trillion to the economy in the form of COVID relief bills. That’s not including the $2.3 trillion the Federal Reserve printed in new money in 2020. In March 2021, Democrats passed the $1.9 trillion American Rescue Plan using reconciliation to lockout Republicans who were warning that government spending was needed.

Democrats argue that a lack of supply drives the current inflationary prices to meet the demands of consumers. That’s only a part of the equation. The question is, what’s driving the demand? Could it be Americans were flush with cash they couldn’t spend during lockdowns, combined with trillions of dollars the government flooded into the marketplace?

During the pandemic, savings surged as Americans added approximately $4 trillion to their bank accounts. Once the economy re-opened, that money had to go somewhere. It went to rising prices. The supply of money created the exploded demand, which in turn meant manufacturers and supply chain operators couldn’t meet the demand as they struggled to get back up to speed after the lockdown — resulting in the challenges of today.

Democrats Try to Persuade People Their Spending Will End Inflation

President Joe Biden recently signed the bipartisan $2 trillion infrastructure bill into law. There’s more money flooding into the economy. As Democrats try to pass their $1.75 trillion semi-socialist and climate change bill, they will flood the market with even more money and continue to exacerbate the challenge of inflation.

This one’s a doozy – Rep. Matt Cartright (D-PA) said, “The best way to fight inflation and lower costs is to grow the economy and put money back in the pockets of working Americans.”

So, the best way to grow the economy is for the government to expand and flood more money into the marketplace? It defies logic and reason.

Friedman stated if you double the supply of money, the demand for spending will rise accordingly. The only Democrat expressing concern about the massive social and climate spending proposal is moderate Sen. Joe Manchin (D-WV). He’s declining to say at this point if he’ll even vote to open debate on the Build Back Better Act over inflationary worries.

When will America learn that Democrats are spending America into an inflationary crisis?

If they do, will it be too late?