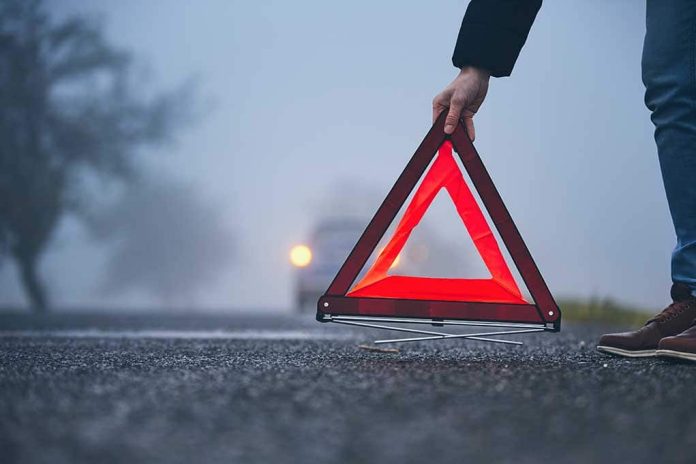 (RightWing.org) – In 2020, something changed in the minds of voters. For months, Democrats alleged that voter fraud wasn’t a real issue. In numerous GOP-led states, lawmakers passed election reform laws as election failures mounted in the wake of the presidential election.

For decades, Republicans argued it was too easy for people to cast a ballot without confirming a voter’s identity. The pandemic exposed these flaws as mail-in-voting became more prevalent across the country. The new Republican election reform laws require voter identification for both in-person and mail-in voting to ensure voter integrity. Now, a new poll suggests that Americans agree and that most voters want voter photo identification regardless of if there was cheating in 2020 or not.

If Democrats are not careful, they could find themselves on the wrong side of an issue again. They are already in hot water with many voters over immigration, inflation, crime, and the Left’s radical agenda to transform America. Now, a new poll suggests they could get scorned again over their opposition to voter ID requirements.

According to a new Rasmussen Report survey of 1,000 likely voters, 90% said it’s “important” to stop election cheating. After the 2020 election, former President Donald Trump argued that multiple Democratic states and cities cheated and handed Joe Biden the presidency. Not all voters believe the allegations of cheating, but they do think lawmakers should do everything possible to prevent election cheating from happening in the future.

In a significant blow to Liberals and the far-Left, 74% of voters support a photo ID requirement to cast a ballot. They said it was a “reasonable measure.”

Even more damaging, voters wonder if those fighting against common-sense voter ID laws are doing so because they intend to cheat. When asked if those who oppose “photo ID to vote just want to make it easy to cheat in elections,” 60% agreed, and 29% disagreed.

It appears that voter ID is a big issue for voters.

In March, House Democrats passed HR 1. The Democrats aimed to hijack the elections by federalizing them and preventing common-sense election reforms like voter ID laws. Although the Senate killed the bill, HR 4 is sitting in its wake. It’s not much different and maybe even more reckless than the first bill.

If HR 4 is passed into law, it would require states to seek the federal government’s permission before changing any laws. That’s a bad idea for a lot of reasons. Chief among them is it would prevent states from amending laws that political operatives learn to get around. Like HR 1, it doesn’t stand a chance of passing either.

In particular, mail-in voter fraud is ripe for fraud. In 2020, then-US Attorney General William Barr said mail-in voting was impossible to police. It’s vulnerable to ballot harvesting, intimidation tactics against voters, fraud, and all-around chaos. It’s no longer even a theory if it could happen. It already did happen.

The only ones taking election security seriously appear to be GOP-led states.

Perhaps the public will start bending the ears and minds of Democrats? Don’t count on it, but it could be at their own peril.

Democrats should beware of the trap they could walk into as the 2022 midterms approach.